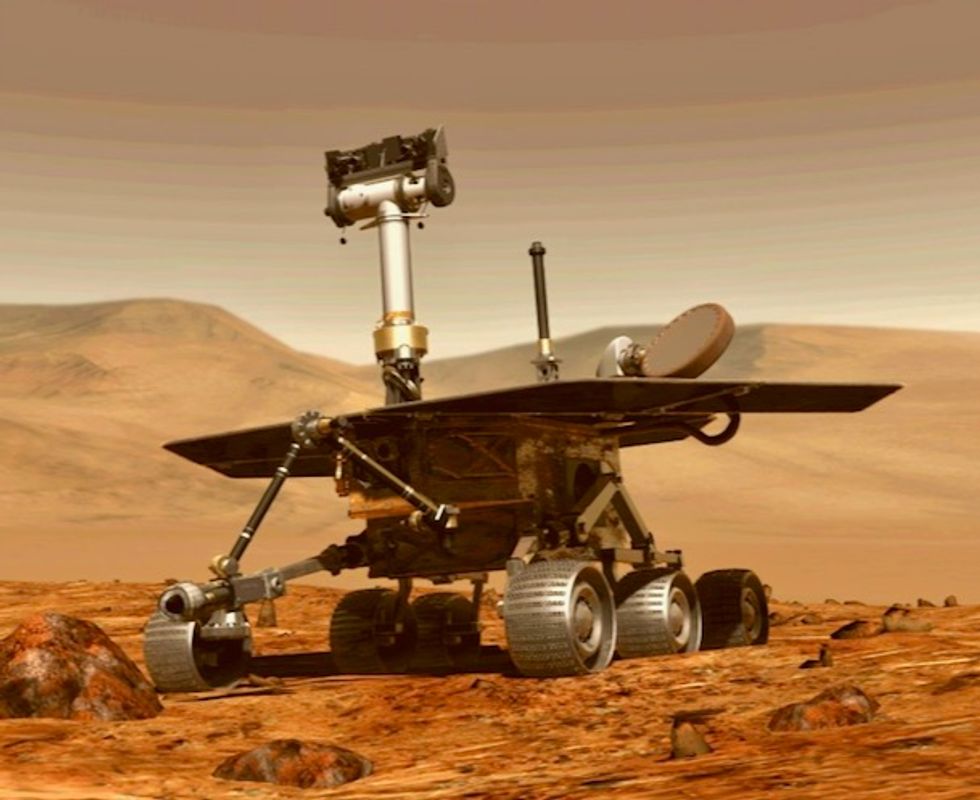 A giant dust storm blocked sunlight from Mars in 2018, stopping Opportunity's solar-powered batteries from being able to recharge NASA/AFP/File

US space agency NASA will make one final attempt to contact its Opportunity Rover on Mars late Tuesday, eight months after it last made contact.

The agency also said it would hold a briefing Wednesday, during which it will likely officially declare the end of the mission.

Opportunity landed on Mars in 2004 and covered 28 miles (45 kilometers) on the planet, securing its place in history after lasting well beyond its expected 90-day mission.

But a giant dust storm last year blocked sunlight from Mars, stopping Opportunity's solar-powered batteries from being able to recharge.

Despite NASA engineers' best efforts to get a response via radio channels, its last communication was on June 10, 2018.

In August, NASA caused an outcry after setting a 45-day deadline before it would declare "Oppy" dead. In October, it extended the deadline to January to reevaluate the situation.

Of 43 missions launched toward Mars, only 18 have made it intact -- a success rate of around 40 percent. All those that made it came from the United States.

Robotic rover missions are an important part of human space exploration because these tools also help inform NASA's efforts to send people to the surface of Mars sometime in the coming decades.

NASA has vowed to send people to Mars by the 2030s, but industry experts say it could take longer -- at least 25 years from now -- before humans could survive on the Red Planet.