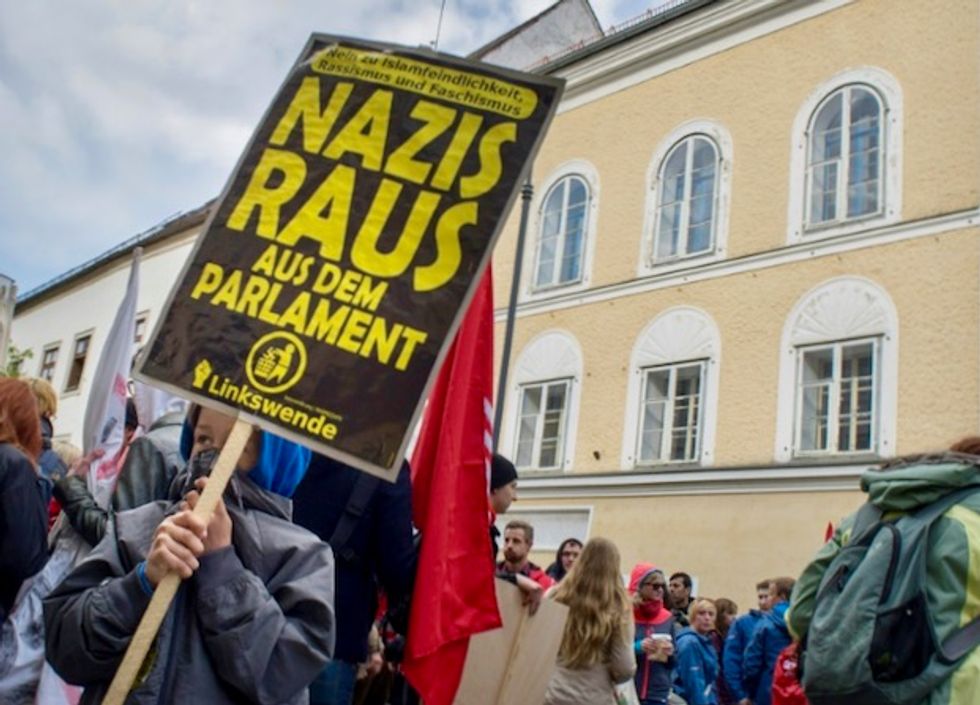 A long-running legal battle over the house where Adolf Hitler was born erupted again on Tuesday when the Austrian government appealed against the amount of compensation it has been ordered to pay for seizing the property.

Last month, a regional court ruled that the state should pay the house's former owner, Gerlinde Pommer, 1.5 million euros ($1.7 million) in compensation, instead of the 310,000 euros she had originally been offered.

According to Austrian media reports, the court decided on the higher sum to take into account the building's historical significance.

But the Austrian Financial Procurator's Office, which represents the government in legal matters, argued that the sum was too high because it did not take into account the rent the state had already paid for the property prior to its seizure, nor the costs of the building's upkeep.

Hitler was born in the yellow corner house in the northern town of Braunau on April 20, 1889 and Pommer's family owned it for nearly a century.

The government took control of the dilapidated building in December 2016 after years of legal wrangling with Pommer.

It wanted to prevent the premises from becoming a neo-Nazi shrine.

Wolfgang Peschorn of the procurator's office said Tuesday the state was not contesting a compensation payment per se.

Nevertheless, "the Republic of Austria has an obligation towards taxpayers to ensure that the amount of compensation is verified by independent courts", he said.

According to the state, the current market price of the property -- set by a court-appointed expert at 810,000 euros excluding any rental income -- would constitute an appropriate amount of compensation.

Pommer had been renting the 800-square-metre (8,600-square-feet) property -- which also has several garages and parking spaces located behind the main building -- to the interior ministry since the 1970s.

The government paid around 4,800 euros a month in rent and used it as a centre for people with disabilities.

But the agreement fell apart in 2011 when Pommer refused to carry out essential renovation work and also refused to sell it.

Since then, the building has lain empty.

At one point, the interior ministry was pushing to have it torn down but the plans ran into angry resistance from other politicians and historians.

In June 2017, Austria's highest court, the Constitutional Court, ruled in favour of its expropriation.

Although Hitler only spent a short time at the property, it continues to draw Nazi sympathisers from around the world.

Every year on Hitler's birthday, anti-fascist protesters also organise a rally outside the building.