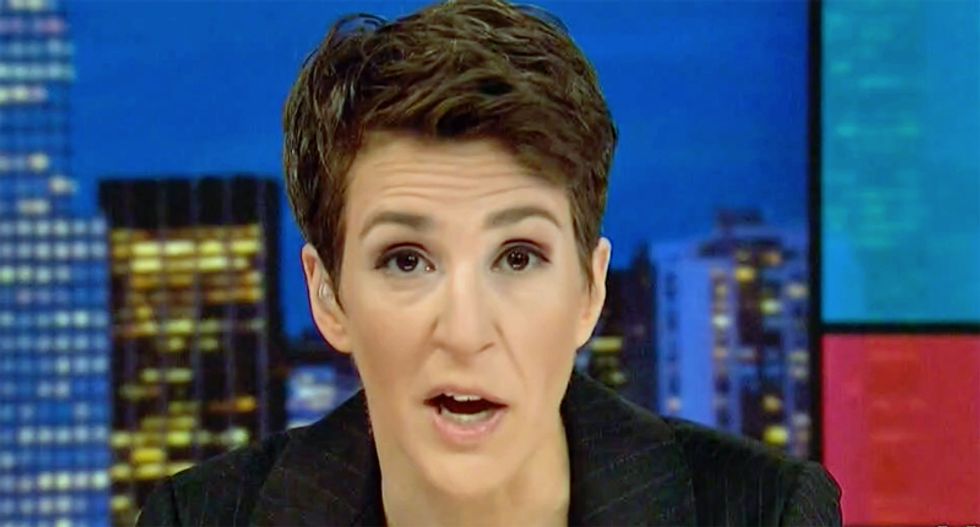 MSNBC's Rachel Maddow could not contain her excitement Wednesday when describing in-depth how broad the House Intelligence Committee's newly-reinstated Russia investigation under Democratic leadership is to be.

"This is not what I was expecting," Maddow said. "This is way more of a capital-D 'doozy' than anybody was expecting outside of this committee."

The host outlined the five main avenues the committee's investigation is set to explore: the "scope and scale" of Russia's electoral interference; potential collusion between Donald Trump's campaign, transition and administration and foreign governments; whether Trump or his family or business associates have been compromised by "foreign actors"; whether Trump or his associates were vulnerable to foreign intelligence; and whether the president obstructed justice.

Maddow pointed out that the third point — essentially investigating whether Trump or anyone near him acted as a foreign agent — is perhaps the most startling to come from Congress.

"The Intelligence Committee is also going to investigate, quote, 'whether any foreign actor has sought to compromise or holds level, financial or otherwise, over Donald Trump, his family, his business, or his associates,'" she read.

"This means they're now officially and with subpoena power investigating directly the thing that you shout out in the dark in the middle of the night when you wake up sweating and you thought it was a dream and you didn't realize you said it out loud," Maddow added. "You know how you wake up in the night drenched in sweat saying 'what if the president is a foreign agent? That's point number three."

The host later said that she wasn't sure Trump was aware of such a broad investigation when he made his strange rhyming aside claiming "if there is going to be peace and legislation, there cannot be war and investigation" during the State of the Union the night prior.

"I don't know what the president was hoping for last night when he decided to say in his State of the Union address that Congress shouldn't investigate him anymore or the country gets it," Maddow quipped, "but I cannot imagine this was the desired result of that now indelible and permanent line that will always be part of the history of the Trump presidency and the history of the State of the Union address in America."