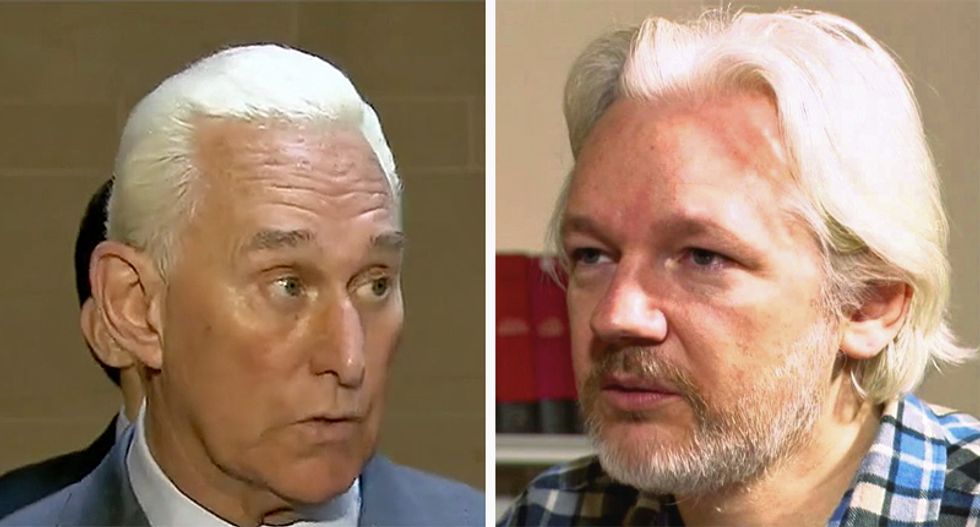 Special counsel Robert Mueller and the U.S. Attorney for Washington, DC filed a blistering response to Roger Stone on Friday.

Stone had argued that his indictment was unrelated to the 2018 indictments of Russian intelligence officers alleged to have hacked the DNC and transferred the stolen emails to Wikileaks.

In response, federal prosecutors listed all the reasons why Stone's case is related to the Russian hackers case, which the government refers to as the "Netyksho" case.

"In particular, evidence in this case was found in accounts that were subject to search warrants executed in Netyksho," prosecutors revealed. "Moreover, the alleged obstructive conduct in this case was directed at a congressional investigation into conduct that formed the basis for the criminal charges in Netyksho."

Prosecutors revealed the extent of their investigation, explaining they executed dozens of search warrants.

"In the course of investigating that activity, the government obtained and executed dozens of search warrants on various accounts used to facilitate the transfer of stolen documents for release, as well as to discuss the timing and promotion of their release," prosecutors noted. "Several of those search warrants were executed on accounts that contained Stone’s communications with Guccifer 2.0 and with Organization 1."

Organization 1 is widely believed to be Wikileaks.

"Evidence obtained from those search warrants resulted in the allegations that the Netyksho defendants hacked and stole documents for release through intermediaries, including Organization 1, and that Stone lied to a congressional committee investigating, among other things, the activities of Organization 1 regarding those stolen documents. The relevant search warrants, which are being produced to the defendant in discovery in this case, are discussed further in a sealed addendum to this filing," prosecutors noted.

"In other words, the criminal conduct alleged in Netyksho was a central focus of the congressional investigation that the defendant is alleged to have obstructed, and therefore the activities underlying the crimes charged in that case are part of the same activities underlying the crimes charged in this case," prosecutors summarized.