Now you can get your photo taken with Trump for just $15,000

President Donald Trump is traveling to El Paso, Texas Monday, where he will hold a "Make America Great Again" rally focusing on his demand for $5.7 billion to build his wall. The President is threatening to shut down the government again, Friday at midnight unless lawmakers meet his demands.

But President Trump will also be using his trip to fundraise for his re-election campaign and the GOP, which are virtually synonymous now that the RNC has made it extremely difficult to primary the President.

The Washington Post's Josh Dawsey tweeted out this invitation the Trump campaign is sending to those who'd like to pony up fifteen grand for the privilege of taking a selfie with the commander-in-chief.

Team Trump is also sending out fundraising emails ahead of his visit later today to Texas, saying, "I need you to help put pressure on the Democrats" in Congress "and become an Official Build the Wall Member."

"Please contribute at least $5 by 11:59 PM TONIGHT to become an Official Build The Wall Member and get on the list my team sends me tonight." 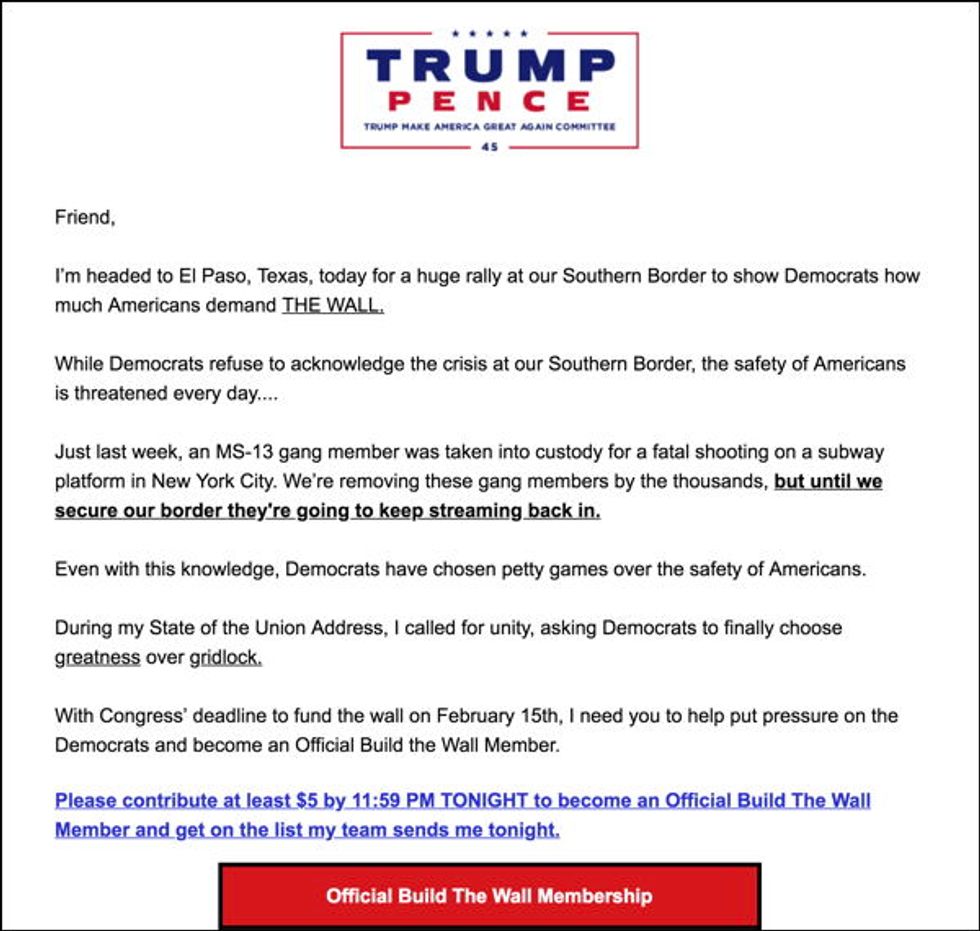 "The time for action is NOW, we can’t sit back and continue to let the Democrats put the safety of American citizens at risk," he adds.

"Go down in history as an Official Build The Wall Member, and be remembered for being one of the American Patriots that helped FINISH THE WALL."

To be clear, construction of the wall has not yet been started.