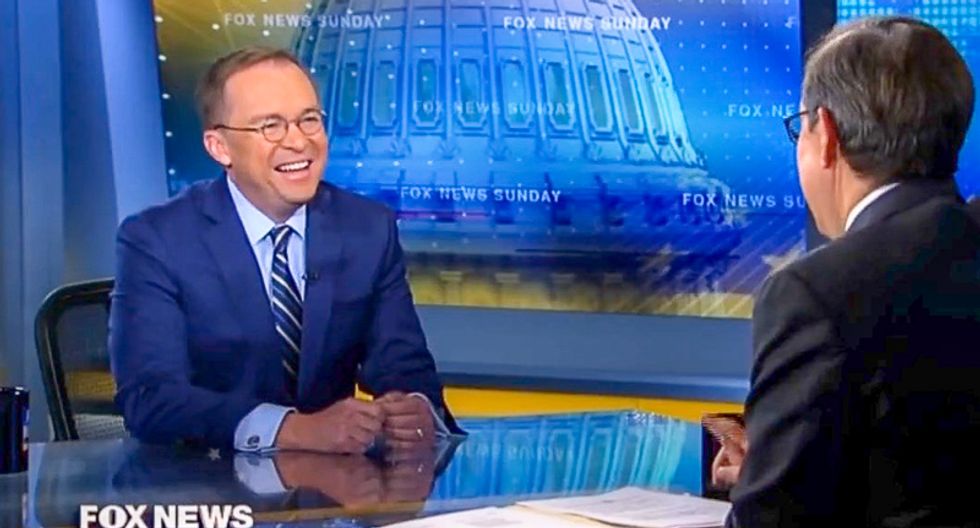 Acting White House Chief of Staff Mick Mulvaney on Sunday suggested that President Donald Trump could not work with Democrats on legislation if they "punch him in the face" with investigations.

"Go ahead," Wallace encouraged. "People will see you laughing at that."

"Does the president recognize that Congress has an oversight role in addition to its legislative role?" the Fox News host asked.

Mulvaney agreed that "Congress had a right to do oversight," and he insisted that Trump is "not trying to discourage them from doing it."

"What he's saying is, 'Look, you have a choice, we can either work together on legislation or we can spend all our time doing these investigations but you can't do both,'" the acting Chief of Staff said.

"Wait," Wallace interrupted. "You can do both. And presidents have done both plenty of times."

"Right, but it's not reasonable to expect the president to work with you on Monday on a big infrastructure bill and then on Tuesday have you punch him in the face over 15 different investigations," Mulvaney replied.