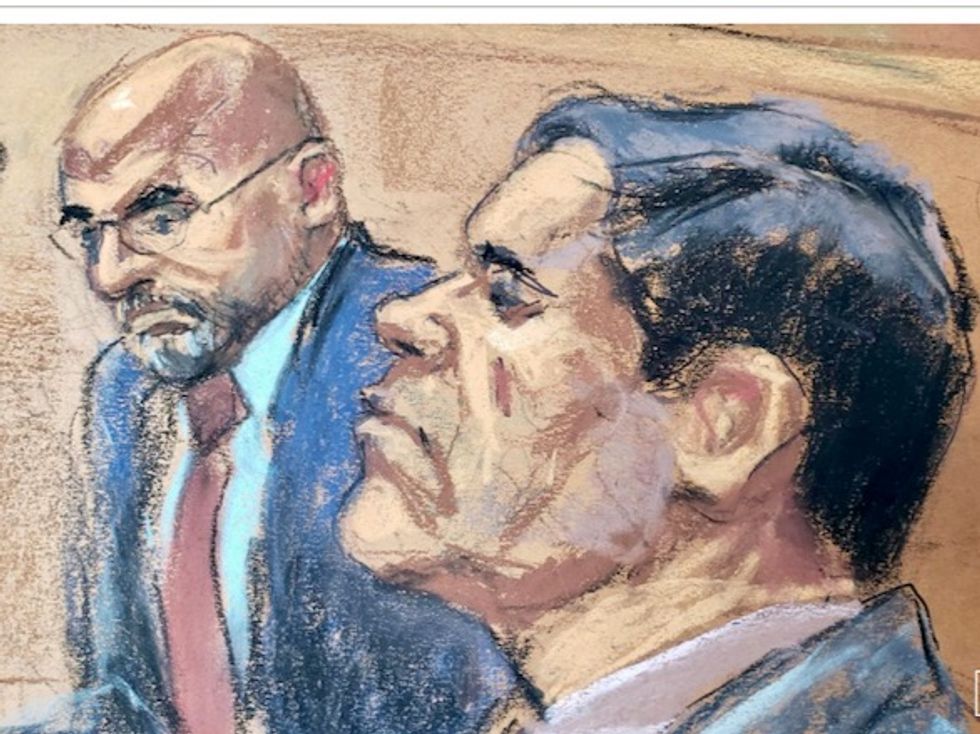 When U.S. District Judge Brian Cogan read the verdict finding Joaquin “El Chapo” Guzman guilty of smuggling tons of drugs to the United States, he warned the 12 jurors who had decided the notorious Mexican drug lord’s fate not to speak to the press.

“Once that door is open, it can’t be closed again,” Cogan told the jury in federal court in Brooklyn on Tuesday. The jurors were escorted from the courthouse by armed federal marshals and their identities have been kept secret for fear of retaliation by the Sinaloa Cartel, which El Chapo headed.

Despite the judge’s unusual warning and the extraordinary security measures during the three-month trial, some legal experts said it could be difficult for the jury to remain anonymous and at least one law enforcement agent involved in the chase for Guzman said jurors might be at risk if their identities are leaked.

“The Eastern District of New York has done a great job to protect the witnesses and jurors, but in 2019 with social media and instant access to information, you can’t really hide,” said Derek Maltz, a former special agent-in-charge of Drug Enforcement Agency Special Operations, who coordinated federal agency activity to capture Guzman twice in Mexico.

Following the verdict, late-night television host Trevor Noah joked about the jurors needing plastic surgery to disguise themselves - dark humor that reflected a genuine concern about their safety.

Maltz said if the jurors’ identity became public, they could face potential threats from the Sinaloa Cartel, which has a strong presence in New York and a long history of violence and drug dealing in Mexico.

“They have plenty of operatives in that area that are ready to take orders from Mexico to take measures to keep this cartel moving ahead,” he said.

The Sinaloa Cartel has retaliated against enemies in the past, including members of rival cartels and undercover agents, by torturing and murdering them.

John Gleeson, who led the prosecution team that won a conviction against crime boss John Gotti in 1992, said he was not aware of any case where jurors received formal protection after a trial.

Jurors who have delivered guilty verdicts to crime lords and serial murderers have “informally” sought post-trial protection, said Gleeson, once a judge in the same Eastern District.

When a jury in Brooklyn convicted drug ring leader Delroy Edwards in 1989, they sent a note to the judge asking if any precautionary measures would be taken on their behalf.

The answer was no.

Spokeswoman Lynzey Donahue for the U.S. Marshals Service, which is responsible for the protection of the federal judicial process, declined to comment on whether the agency has protected former jurors after other trials, or planned to protect the El Chapo jury.

Gleeson said protection would not be necessary since cartels have no incentive to target a jury once it renders its verdict.

“If you have any hopes really for post verdict relief of any sort, one good way to extinguish those is to tamper with the jury,” he said.

During El Chapo’s trial, authorities used armed guards and a bomb-sniffing dog and required passage through two metal detectors to enter the courtroom. But those efforts did not alleviate the concerns of some potential jurors.

At the start of the trial, many potential jurors expressed fear about deciding the fate of Guzman. One selected juror dropped out because of anxiety.

The courtroom was closed to the public and electronic and camera-equipped devices were banned, but a rotation of people who sat in the family and friends section of the courtroom throughout the trial, and who saw the jurors’ faces, put court security guards on high alert.

On the fourth day of deliberations, marshals arrested a spectator who claimed to be part of the Guzman family. Rene Javier Rivera Martinez had been convicted of multiple felonies in the United States and had a deportation order against him, said Rachael Yong Yow, a spokeswoman for Immigration and Customs Enforcement.

The jurors’ continued anonymity ultimately depends on how much information they choose to share.

In the past, jurors who have served on high-profile cases have made money by signing book deals. In this case, sharing what happened in the deliberation room, even with immediate family, may put the jurors at risk.

“Some loudmouth uncle or aunt or sister or brother could actually put the jurors in a very difficult situation,” former DEA agent Maltz said.