Racist Trump supporter busted for defrauding FEMA out of more than $18,000 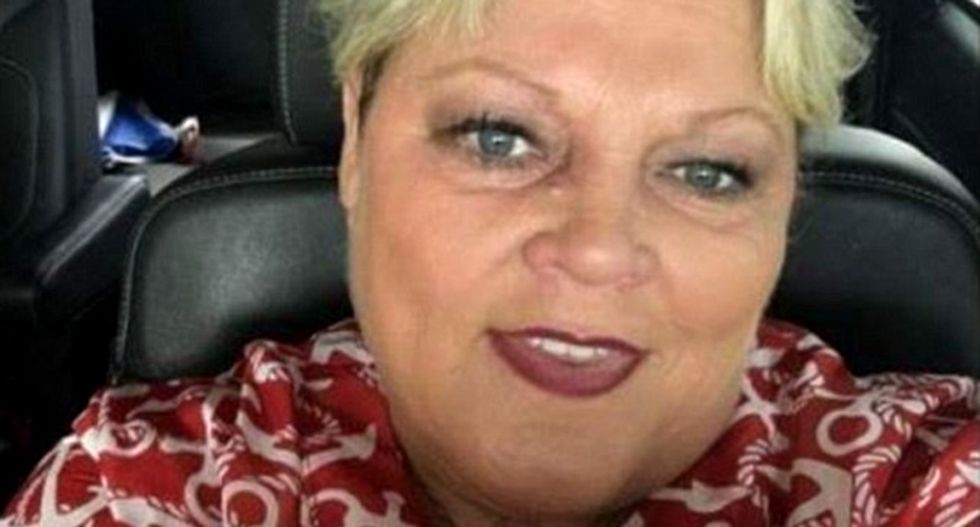 A former West Virginia official who was fired for slurring Michelle Obama as an "ape" recently pleaded guilty to defrauding the Federal Emergency Management Agency, according to the Charleston Gazette-Mail. She now faces up to 30 years in prison and a fine of up to $500,000.

Pamela Taylor, who had served as executive director of the Clay County Development Corporation, lost her position in 2016 after she praised Melania Trump and insulted Michelle Obama with a racist Facebook post.

“It will be refreshing to have a classy, beautiful, dignified First Lady in the White House,” Taylor wrote. “I’m tired of seeing an ape in heels.”

Taylor admitted last week that she took more than $18,000 in flood relief benefits after registering with FEMA after a June 2016 flood. She had falsely claimed that her primary residence was damaged.

“The flood was a natural disaster. Stealing from FEMA is a manmade disaster,” said United States Attorney Mike Stuart. “The floods of June 2016 were historic and devastating to thousands of West Virginians. Lives were lost. Too many of our brothers and sisters lost everything. FEMA dollars are critical but limited. Stealing critical FEMA dollars is a crime – literally and figuratively. Taylor’s fraud scheme diverted disaster benefits from our most desperate and vulnerable, those most in need of help."