Rep. Jayapal finishes off Matt Whitaker in righteous CNN blast at his 'arrogant and condescending testimony' 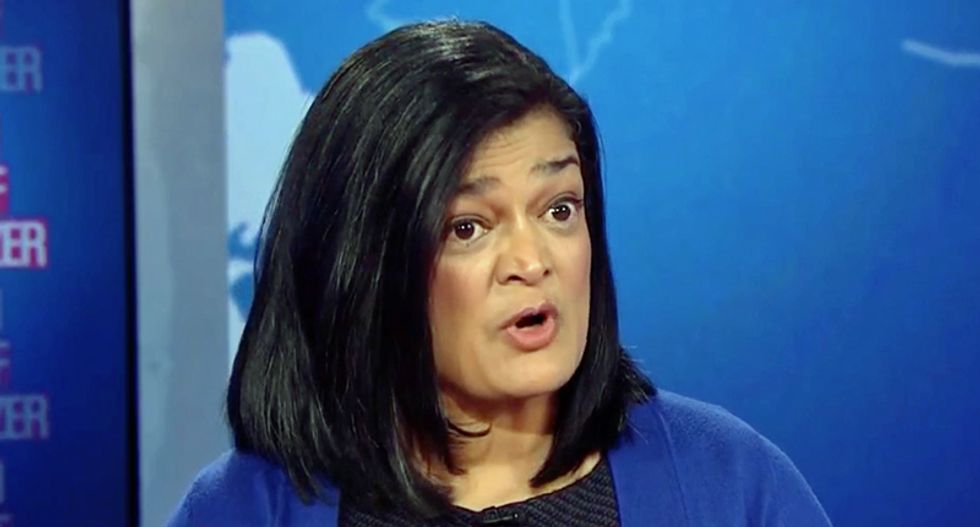 Rep. Pramila Jayapal (D-WA) slammed acting Attorney General for being unfit for his job and for his "condescending" remarks on the administration's policy of family separation for asylum seekers.

"He was incredible difficult to watch -- so disrespectful, so arrogant, telling the chairman of the Judiciary Committee his five minutes were expired and telling us we had five minutes to ask our question," she noted.

"Every time the chairman had to direct him to answer our questions and not go off on his own comments, he seemed to not understand that the Judiciary Committee actually has jurisdiction and oversight and that he is accountable to answer those questions," she continued. "So there were many things that were just deeply troubling."

"I think he showed over and over again that he should not be the acting Attorney General," she concluded. "He didn't know the answers to most of the questions."

"Do you think Whitaker perjured himself today?" Blitzer asked.

"I don't know," she replied. "It would be difficult to believe him because he did not come across as truthful. If I had to guess, I would say he's hiding something."

The host played a clip of the congresswoman pressing Whitaker on the administration's family separation policy.

"I was so furious," Jayapal said. "I was completely furious with him."

"These are his prosecutors," she continued. "They're not tracking these children and he has nothing to say to me."