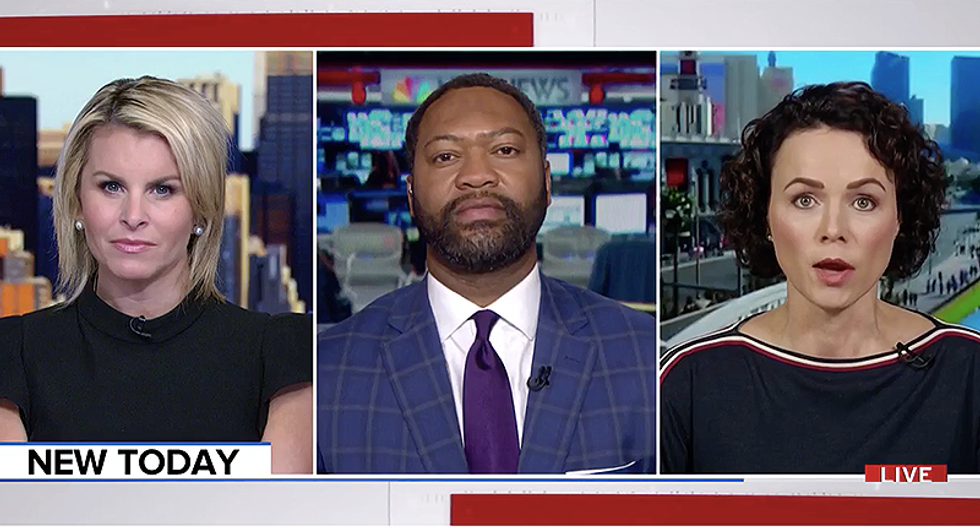 President Donald Trump attacked his own intelligence chiefs this week, before pulling back on the conflict and then renewing it once again. It prompted another argument between partisans about the intelligence community, which has been on the wrong side of the president more than once over the years.

In a hearing last week, Director of National Intelligence Dan Coats refuted the president on nearly every major international issue. Coats said North Korea would never denuclearize, Russia is coming after the U.S. election in 2020 and ISIS is "not on the run" as Trump said.

"But did President [George W.] Bush, at the time, push back and say he knew better?" asked MSNBC host Alex Witt. "I don't think he did."

Tarkanian responded with a bizarre answer that Bush wasn't on Twitter and social media at the time. It's unclear if she was implying Trump garners more information on social media then from intelligence officers.

"I don't know what to say," replied Democratic strategist Don Calloway. "The stakes are too high for the president to be willy-nilly deciding for his own vain and egotistical reasons that he knows more than our intelligence services. One thing that is very disturbing is the way that we have politicized and made such a partisan activity out of intelligence, every American in this country owes our security and safety to relying upon this intelligence that we don't have to think about every day."

But this president began his campaign saying he knows more than the generals, Calloway recalled.

"We don't believe you," he said. "You don't know more. And we know he doesn't read the daily briefings that these learned people who have invested their careers and safety provide him every day. There's no reason for this and I want to sound more sophisticated than I am, but we have to stop talking about this president as if it's normal. It's insane that he somehow challenges real intelligence folks who do this for a living every day. The remarkable arrogance and that we've reached a point that it's legitimately dangerous for everyday Americans."