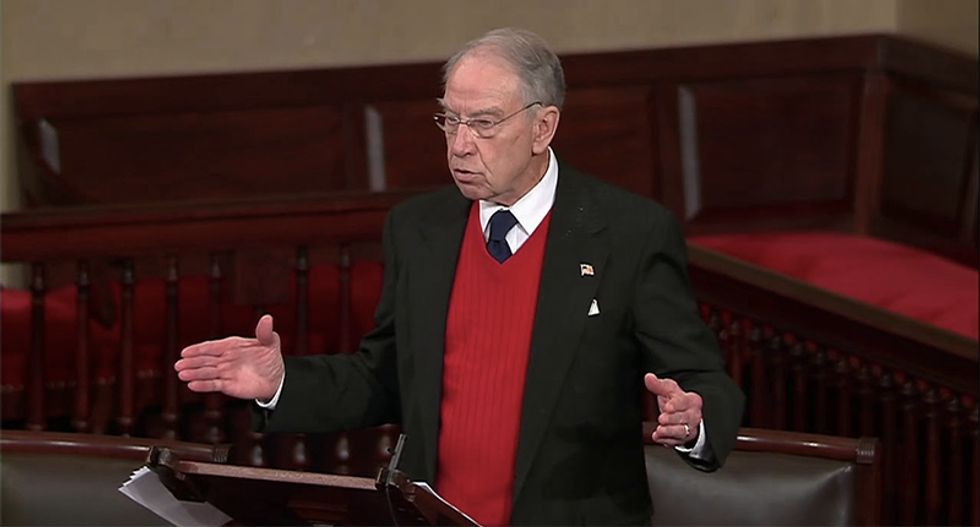 Republicans have resorted to prayer in their budget strategy, according to MSNBC reporter Kasie Hunt.

Democrats and Republicans came to an agreement over President Donald Trump's demand for a 2,000-mile concrete border wall. He'll ultimately get $1.35 billion for repairing existing fencing. Trump considers it a loss, as do his conservative friends at Fox News. Lawmakers are begging the president to sign the bill and avoid another government shutdown.

"But I have to tell you, what just unfolded on the Senate floor captures the day on the hill today, as well as the mood for the entire country," Hunt said Thursday. "Sen. Chuck Grassley (R-IA) who opened up the Senate floor this morning with the pledge of allegiance. Before he did that, he prayed. He said, 'Let's all pray that the president has the wisdom to sign the bill.' So, that is really where we are."

"With Republicans literally delivering prayers that this is what the president does," Hunt continued.

"They are actually asking the Lord to help them with the president's mindset here," Jackson said in shock. "Really, you cover the president every day. I mean, how else can you convince him to do something that you want him to do? So, I just thought that captured the day quite succinctly and brilliantly."