Trump called to beg Sean Hannity and Lou Dobbs for help after his ‘most punishing defeat’ as president: report 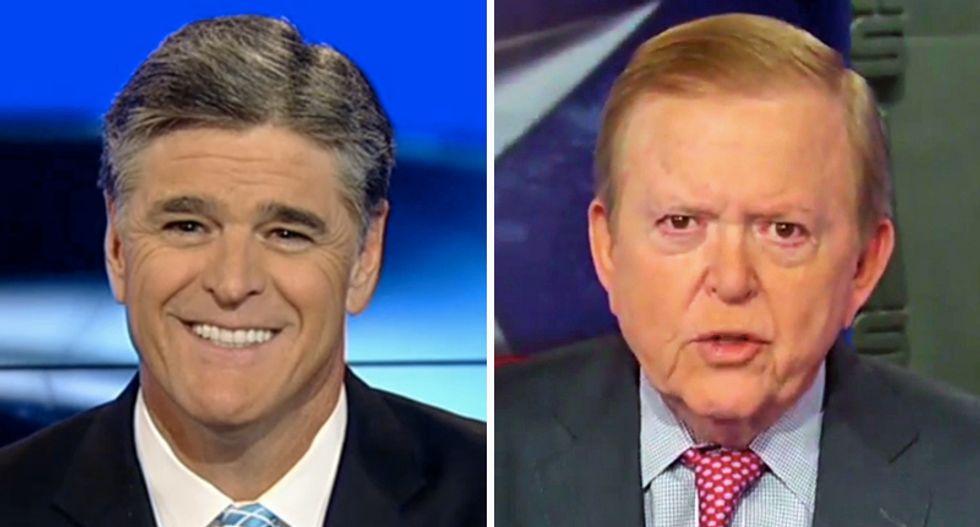 President Donald Trump attempted to shore up his Fox News supporters after he failed in negotiations with Capitol Hill despite his government shutdown, The New York Times reported Wednesday.

Trump set the record for the longest government shutdown in an unsuccessful attempt to get leverage over Democrats in an attempt to get U.S. taxpayers to pick up the tab for the border wall he had promised Mexico would fund.

The White House has sought to "minimize the damage by tamping down criticism on the right."

"One call was made to Lou Dobbs, a favorite of Mr. Trump’s whose Fox News show he often tries to catch live. Another was placed to Sean Hannity, the Fox host who regularly talks with the president," The Times reported.

The newspaper noted, "it was arguably the most punishing defeat Mr. Trump has experienced as president, and it left the White House scrounging for other ways to pay for a wall on the southwestern border and rethinking its approach to a Congress now partly controlled by Democrats."

"Trump’s inability to reach a satisfying deal despite the negotiating experience he regularly touted on the campaign trail suggested that any aspirations of collaboration across party lines may be even more elusive than he had imagined," The Times noted.

And Trump's problems with his base extended beyond media to his most ardent supporters on Capitol Hill.

Rep. Mark Meadows (R-NC) said the agreement was “a bad deal for the president.”

"Meadows and his allies were among those targeted by the White House in hopes of avoiding a more threatening conservative revolt. A meeting with members of his Freedom Caucus in the Oval Office was partly aimed at urging them to hold their fire in television interviews when talking about the bill, according to a person briefed on the effort," The Times reported.