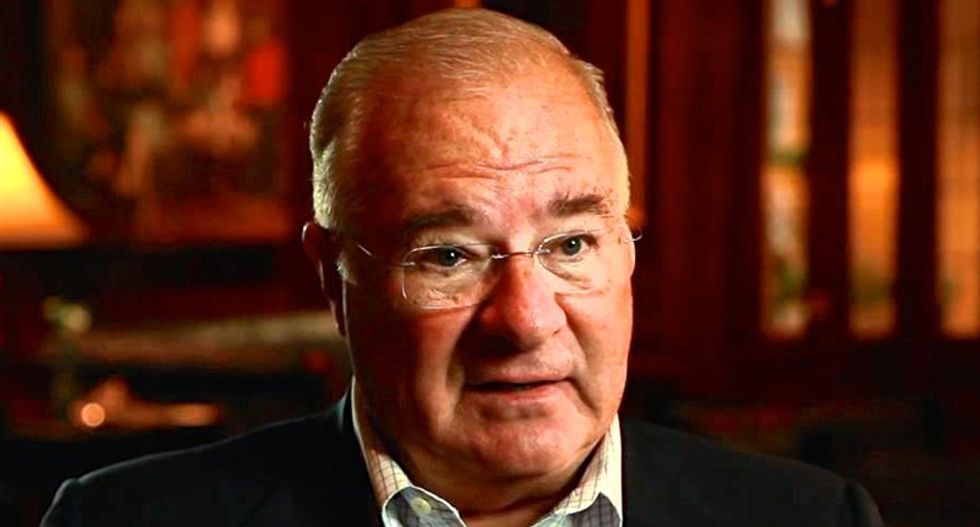 Joe Ricketts, the father of Nebraska's Republican Governor Pete Ricketts, has been in a scandal since Splinter News published emails with racist conspiracy theories.

"Nebraska Democrats are hoping to use the issue to force Republicans to eschew his political support and give back any donations he’s made to them," the World-Herald reported. "So far none has publicly said they intend to do so, and one noted that Ricketts had 'tried to make it right.'”

"Lawmakers had little to say about the emails last week, with most pleading ignorance of the controversy," the newspaper noted. "Reps. Jeff Fortenberry and Adrian Smith also said they hadn’t seen anything on the emails. Sen. Ben Sasse didn’t respond to a request for comment. Nor did Dan Welch, the chairman of the Nebraska Republican Party, which has received Ricketts donations as well."

“I think she’s race-baiting and trying to use race as a political hammer and I don’t want to be a part of that," Bacon argued.

Ricketts is one of the top 11 donors to super PACs and owns the Chicago Cubs baseball team.