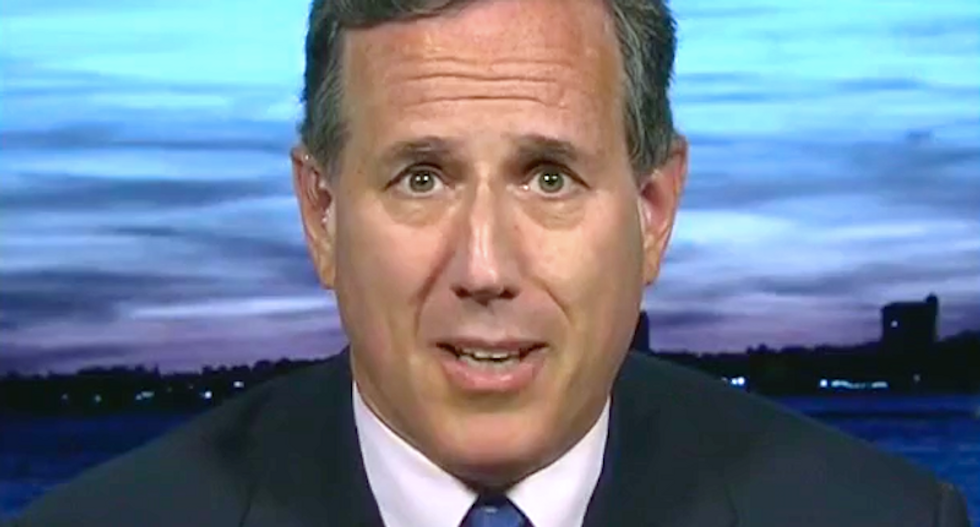 CNN's Rick Santorum found himself on the wrong side of reporter Abby Phillip after he tried to dismiss the Democratic Party's diverse group of candidates as "identity politics".

The exchange occurred after former White House press secretary Joe Lockhart remarked that white men were dropping out of the race at a faster rate than people of color.

"It's interesting to me that Joe broke the race out the way he did -- men, women, people of color and that those are the lanes," Santorum piped up. "I think maybe increasingly the Democratic Party is an identity politics type of party, maybe it's not political policies, maybe it's all about skin color and race."

"It could also be that the Democratic Party is running candidates who look like the country," replied Phillip. "It should not be unusual that women and people of color are running for president when they comprise a large portion of the population in the United States. The anomaly is a party in which only white men run for president."

"That wasn't my point, Abby. Hold on," said Santorum, shaking his head and talking over her. "That's not my point."

"My point is that the framing of the diversity in the Democratic Party is not solely about identity politics," she persisted. "It's just simply about the fact that in 2019 there are people who look like the voters they want to attract to vote for them running for president."

"They are not necessarily running just to represent black people or women or whatever," she continued as Santorum sputtered. "They are running to represent people who they want to vote for the suggestion that it's identity politics, that they are appealing to people because of race, I think that's an overly simplistic way of looking at this."