Trump advisor taunts Beto's mental health: He can't get a grip on his 'depression' 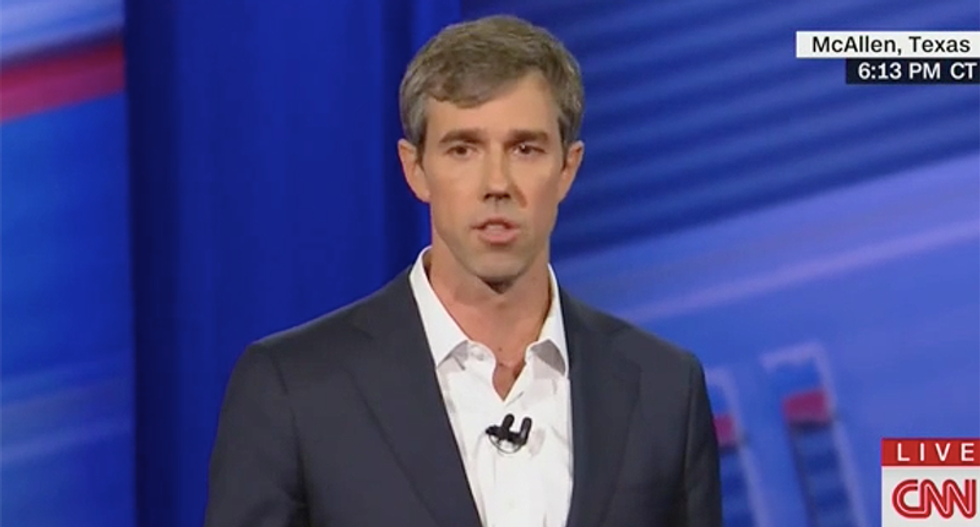 On Tuesday, conservative panelist Rob Astorino claimed that Rep. Beto O'Rourke (D-TX) would not make a good president because he has suffered from depression.

While at a rally in El Paso, Texas, President Donald Trump amplified the names of his potential 2020 contenders without even knowing it by ranting about them to his base. In protest against Trump's wall at US-Mexico border, O'Rourke held a march in the same city.

"He's going on and on about Beto O'Rourke, who is obviously less well-known than Donald Trump. Does he know he's helping them?" CNN's Erin Burnett asked.

"I think if O'Rourke wasn't having his little anti-Trump rally down the road, Trump would have gone into El Paso, did his thing, and left," Astorino said. "What bothers me the most about Beto O'Rourke is he's paper-thin in his resume, but more than that, he lost the race and then says 'good-bye' to his family and says, 'I've got to deal with this depression on the road for two months.'"

"If you're going to be president of the United States, I don't want you cowering in bed in a fetal position when something goes wrong. I want somebody who is strong and can deal with defeat," Astorino added.

O'Rourke went on a road trip, which isn't exactly curling up in a fetal position unable to function.

"I have been stuck lately," O'Rourke wrote in a blog post.  "In and out of a funk. My last day of work was January 2nd. It’s been more than twenty years since I was last not working."

Adding,"Maybe if I get moving, on the road, meet people, learn about what’s going on where they live, have some adventure, go where I don’t know and I’m not known, it’ll clear my head, reset, I’ll think new thoughts, break out of the loops I’ve been stuck in."

Contributor Joan Walsh said that while she likes O'Rourke she thinks he would better be suited for the Senate.

"That's a little cruel, but I don't entirely disagree," Walsh said. "I personally think he has a bright future. I would like to see him run against John Cornyn for Senate."