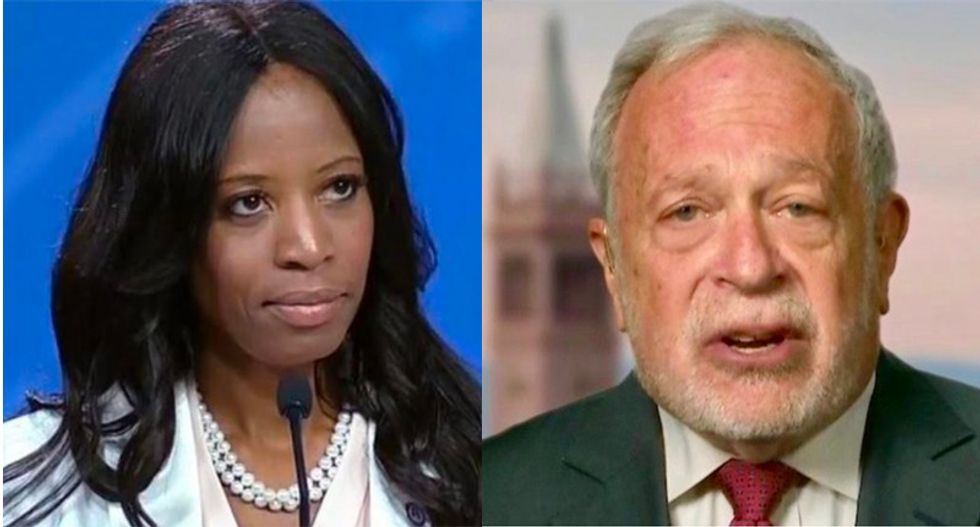 The two had a contentious back-and-forth regarding healthcare and more on Erin Burnett's Outfront Tuesday night, with Love stating that "I am a product of my father who came to this country with absolutely nothing and he had three jobs in order to make ends meet" and noting that "what I'm afraid of is there's going to be a point where you tax somebody so much that the people that don't end up getting the jobs that they need are the ones that really want to help their families, the ones that need another leg up...those are the people that are going to get hurt."

Reich, naturally, was having none of what Love was selling.

Then Reich launched into a spirited defense of Medicare For All via saying: "Medicare For All is actually, a number of studies have shown, it's cheaper than our current for-profit private medicare system that tries to avoid sick people....[our current healthcare system] is the most expensive per capita in the world."

But the segment really got heated when the talk turned to socialism.

Love countered with "It's easy to say all these things," before adding: "how do you pay for it...how do you sustain all these things?" The former House rep then contended that all Democrats are being called 'socialists' today because "what they are talking about are socialist policies, which is going to make it a lot easier for them to paint them [all] as socialists."