Roger Stone desperately claims 'crosshairs' photo of judge is not threatening: 'It is open to interpretation' 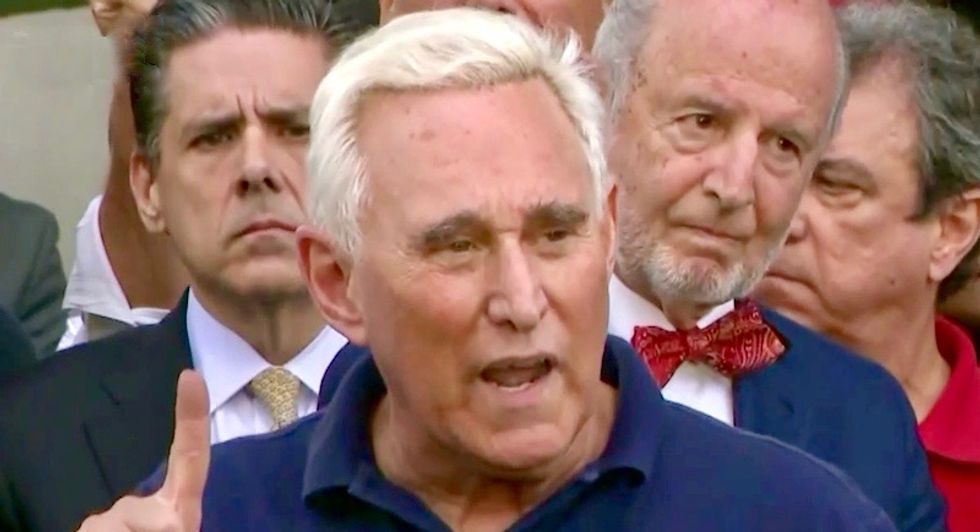 Roger Stone as he leaves court following his indictment on Friday, January 25, 2019/Screenshot

In a post on Instagram, Stone shared a photo of Jackson. Pictured beside her head was what appeared to be a crosshairs symbol.

Roger Stone now directly attacking the federal judge presiding over his case and posting a pic of her head beside c… https://t.co/9FlInkkh0x
— Jon Swaine (@Jon Swaine)1550517153.0

Stone eventually took down the post, and told the New York Daily News that he had not seen the crosshairs symbol beside Jackson's head.

He later told CBS News reporter Kathryn Watson that the photo was not intended to threaten the judge, and that he did not violate a gag order in the case.

"I do not believe that I have violated any order of the court," Stone insisted, "and that this sentiments for [sic] within my first amendment rights."

"Any interference that this in someway threatens the judge is false," he added. "Because it is open to interpretation I'm going to take it down."