Sarah Sanders: Corruption in Trump's inauguration has 'nothing to do with the White House' 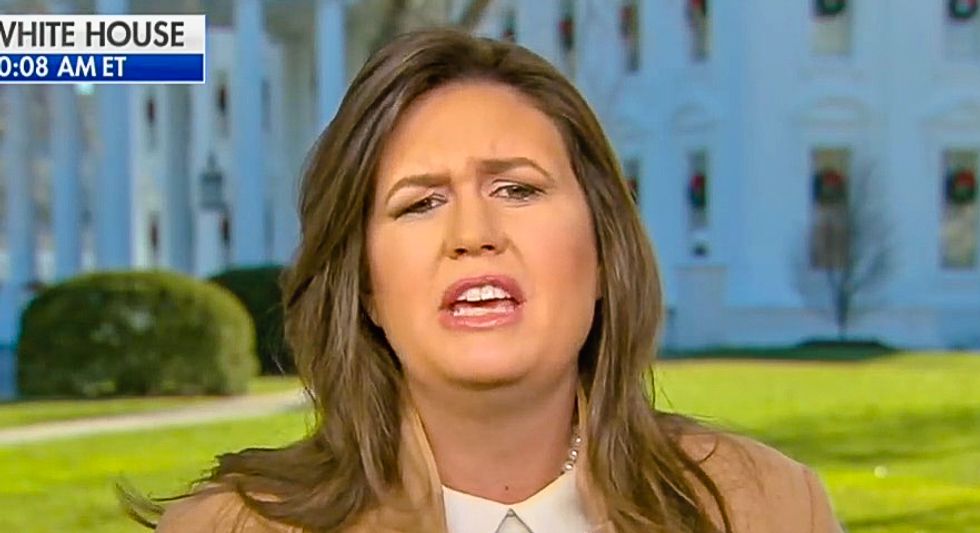 White House Press Secretary Sarah Huckabee Sanders on Tuesday said that any corrupt activities surrounding President Donald Trump's inauguration had "nothing to do with the Trump White House."

During an interview with CNN's John Berman, Sanders rejected the notion that a sweeping subpoena of documents related to possible corruption related to Trump's inaugural committee reflected poorly on the president at all.

However, Berman pointed out that Sanders had tried using this same defense in the wake of the indictments or convictions of some of his closest associates, including longtime ally Roger Stone, former campaign chairman Paul Manafort and former "fixer" Michael Cohen.

Sanders, however, denied that president deserves blame for associating himself with multiple convicted felons.