'You are my slave': Former Fox News psychiatrist accused of sexually exploiting patients in shocking lawsuit 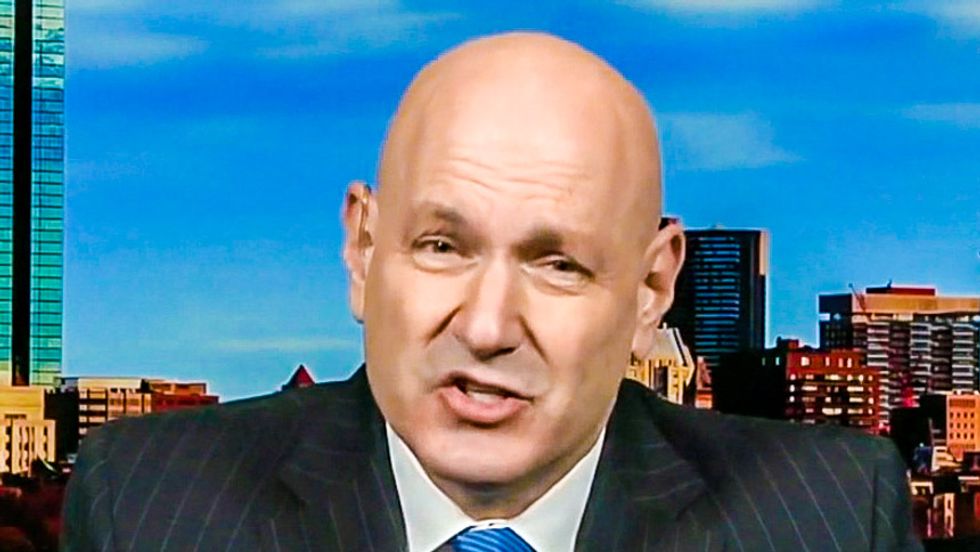 Dr. Keith Ablow has reportedly been sued by three patients, all women, who accuse the former Fox News "Medical A-Team" psychiatrist of luring them into sexual relationships that became abusive and exploitative.

The Boston Globe reports the three patients "say he lured them into degrading sexual relationships, including beatings, conversations about bondage, and, in one case, getting a tattoo of the doctor’s initials to show his 'ownership' of her, according to court documents."

Ablow's website describes him as "one of America’s leading psychiatrists" and the "author of numerous books on developing self-esteem, building success and overcoming depression, anxiety disorders and other psychological challenges."

The Globe detailed portions of the women's malpractice lawsuits.

“He began to hit me when we engaged in sexual activities,” one a New York woman wrote in a sworn affidavit. “He would have me on my knees and begin to beat me with his hands on my breasts,” she wrote, “occasionally saying, ‘I own you,’ or ‘You are my slave.’”

The Daily Beast adds that one woman "reportedly recalled undressing in front of him and performing oral sex. He also allegedly beat her while she kneeled on the floor."

“Sometimes he would use his hands and other times he would take off the belt he was wearing and use that to strike me,” the woman wrote. “This belt had a metal buckle with a skull on it.”

The three lawsuits, the Globe says, "paint a picture of a therapist who encouraged women to trust and rely on him, then coaxed them into humiliating sexual activities, often during treatment sessions for which they were charged."

An expert witness who was hired by the plaintiffs reviewed their records. She characterized Ablow's behavior, in the case of one of the women, as "sadomasochistic, anti-therapeutic, and constitutes a perverse use of his status and power."

All three women, allegedly at Ablow's request, relocated to be nearer to his Newburyport, Massachusetts office, "where he used a controversial treatment for depression: infusions of Ketamine."

The Guardian reports ketamine can "induce mild psychedelic effects such as perceptual changes and psychotic-like experiences."

"At slightly higher doses, users can experience a dissociative state, where their mind feels separated from their body. This can also manifest as a feeling of depersonalization." At higher doses, it can make it "difficult to move."

During his time as a Fox News medical expert, Ablow often attacked LGBT people. He claimed that transgender people are just like heroin addicts and anorexics, advised parents to not allow their children to watch the episodes of "Dancing with the Stars" in which Chaz Bono appeared, and even called Bono's participation on DWTS a "fame tour" "promoting transgenderism."

Ablow, a psychiatrist, also pretended that transgender people don't even exist, writing: "I am not convinced by any science I can find that people with definitively male DNA and definitively male anatomy can actually be locked in a cruel joke of nature because they are actually female."

In 2014 he falsely stated that same-sex couples who adopt children don't do it to care for them. "This is narcissistic," Ablow claimed.

"How did we decide that kids are just fine to grow up absent their biological parent?" Ablow said.

"Three people can love each other so polygamy has to be close behind," he warned. "How can you have same-sex marriage and not believe three people can fall in love, which they absolutely can?"