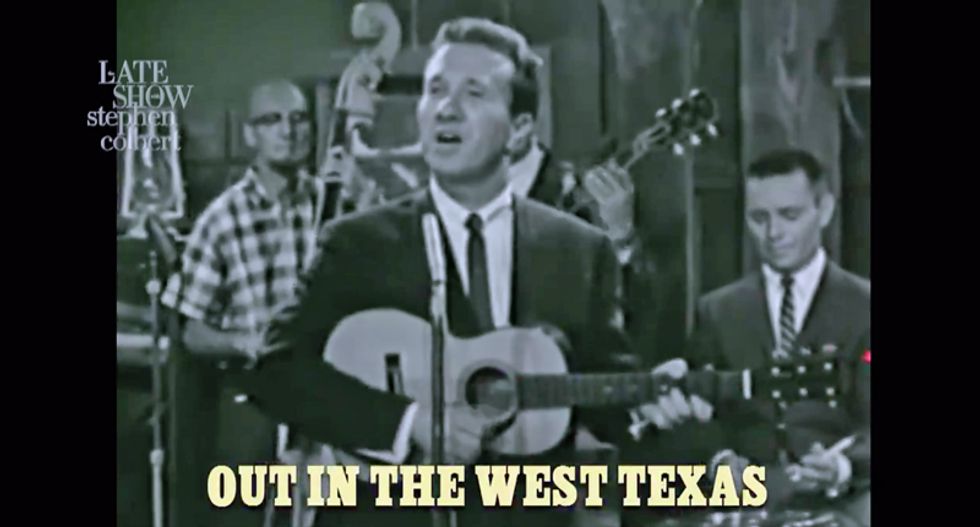 "The Late Show" with Stephen Colbert on Tuesday offered a tribute to President Donald Trump's speech in El Paso, Texas.

"Out in the West Texas town of El Paso, I saw a speech by a man Putin adores," the tribute began.

"He talked about walls, fake news and then more walls. And how you can't own cows anymore," the tribute continued.

"After an intro by the Zodiac Killer, fear Trump did monger in his monologue," it continued, with a picture of Sen. Ted Cruz (R-TX).

"Caravans, socialists, and socialist caravans -- then rambled on and on about dogs," it continued.

"Although his pants are clearly on fire, it turns out he said one thing that was true," the clip ended -- with a harsh zinger against Trump.