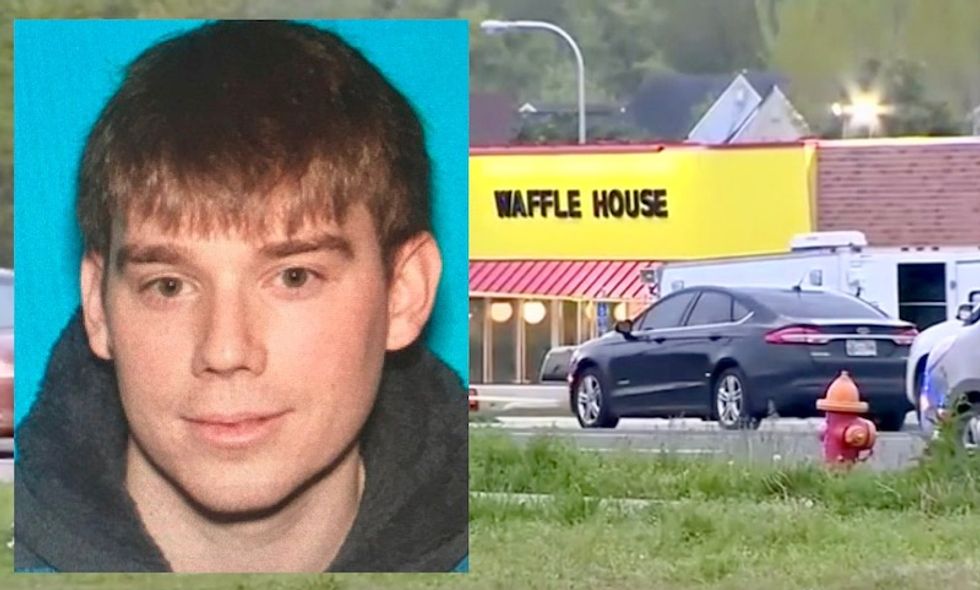 The man accused of fatally shooting four people and injuring others at a Waffle House restaurant in Tennessee last year pleaded not guilty on Wednesday to 17 murder and weapon charges, authorities said.

Travis Reinking, 30, is accused of opening fire with an assault rifle at the Nashville restaurant in April 2018, and then fleeing the scene naked. He was arrested after a 36-hour manhunt.

The suspect did not appear during Wednesday’s arraignment hearing before Davidson County Criminal Court Judge Mark Fishburn, said Steve Hayslip, spokesman for the Office of the District Attorney in Nashville, in emails.

Reinking’s lawyer did not immediately respond to a request for comment.

Illinois, the state where Reinking lived before moving to Nashville, had revoked his gun license.

His firearms were transferred to his father after U.S. Secret Service agents arrested him in 2017 for being in a restricted area near the White House. Reinking said at the time that he wanted to meet President Donald Trump. Reinking’s father subsequently gave the guns back to him.

In May 2018, the family of Joe Perez, one of the four people killed in the shooting, filed a wrongful death lawsuit against Reinking’s father, Jeffrey Reinking, saying he improperly gave his son access to weapons.

Illinois lawmakers tried to close a legal loophole that allowed a confiscated AR-15 semiautomatic rifle to be given back to Reinking with legislation meant to deter a family member from returning a firearm to a relative whose gun license has been revoked.

The bill stalled in the Illinois legislature last year.

Reporting by Suzannah Gonzales in Chicago; Editing by David Gregorio