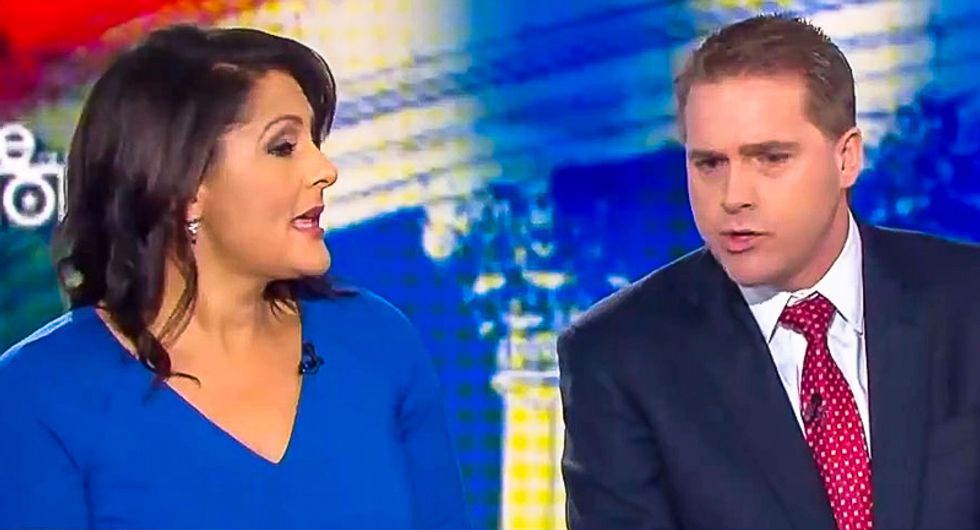 Democratic strategist Karen Finney on Sunday called out Republican pundit Scott Jennings after he suggested that abortion is linked to racism.

During a panel discussion on CNN's State of the Union, host Jake Tapper asked Jennings if it was fair for Republicans to attack Virginia Gov. Ralph Northam for racism when members of the party have refused to call for the ouster of Rep. Steve King (R-IA), who has a history of bigoted statements.

"There are people all over this country of varying political stripes that still have race issues," Jennings opined. "They speak out of ignorance frequently."

Jennings then pivoted to Northam's support for late-term abortion rights.

"But I want to touch on a comment you made in the phrase human dignity because this is the second moment where Ralph Northam failed to respect human dignity. The first moment was when he made his ghoulish, horrific statements about abortion," the pundit said. "Human dignity matters and we ought to respect every human life of every race, especially these poor babies who are laying in delivery rooms when you have governors of states that think we should have a discussion about murdering them after they were born."

"Stop, stop, stop," Finney interrupted. "That's a lie. What you're saying is a ghoulish lie."

"That is a lie that the right-wing has perpetuated," she added. "What we're talking about is making sure that in those instances, it is a woman and a doctor -- not anyone at this table or anyone in Congress -- making the decision."

Finney argued that a woman's right to choose "is not the same thing" as racism.