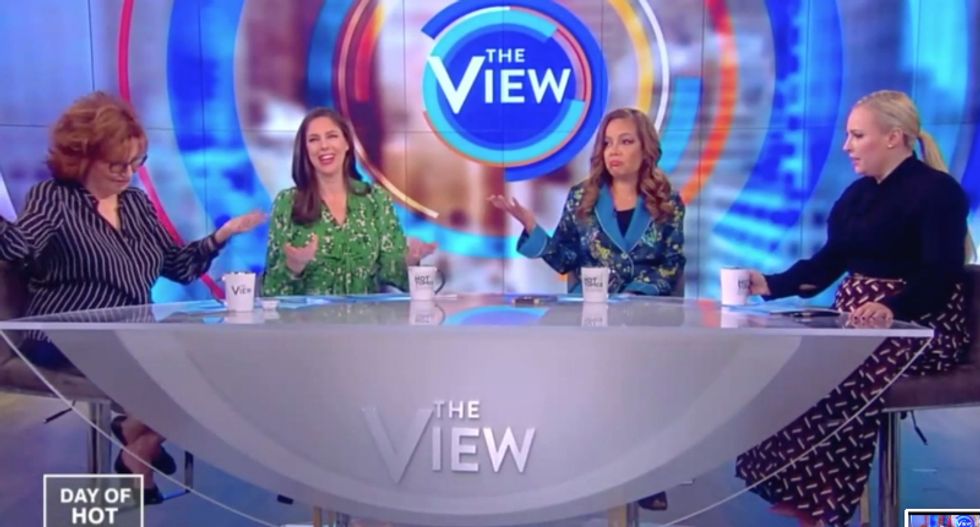 Monday was for mockery on The View, as the entire cast mocked the National Enquirer's botched Bezos blackmail attempt, asking how stupid a person would have to be to try to extort the richest man in the world.

The jokes began writing themselves from the moment the topic came up, with host Joy Behar asking "should Bezos expose himself?" and remarking about "packages from Amazon." But it was Meghan McCain who got down the nitty gritty, citing an op-ed in the New York Times by sex columnist Dan Savage calling for Bezos to simply release the photos himself.

"Dan Savage said 'by self-publishing your own nudes you can turn the table on sexual and cultural hypocrisy that allows people like [National Enquirer publisher David Pecker] to weaponize photos in the first place,'" she said, comparing the gossip tabloid to the now-defunct website Gawker, which was sued out of existence by billionaire Peter Thiel after Gawker published the Hulk Hogan sex tapes. "Jeff Bezos has a lot of resources to come back and have possible repercussions."

"Why would you try to blackmail the richest man in the world?" asked Sunny Hostin in disbelief.