'This is beyond the pale': Retired Republican says his GOP 'must block' Trump's national emergency 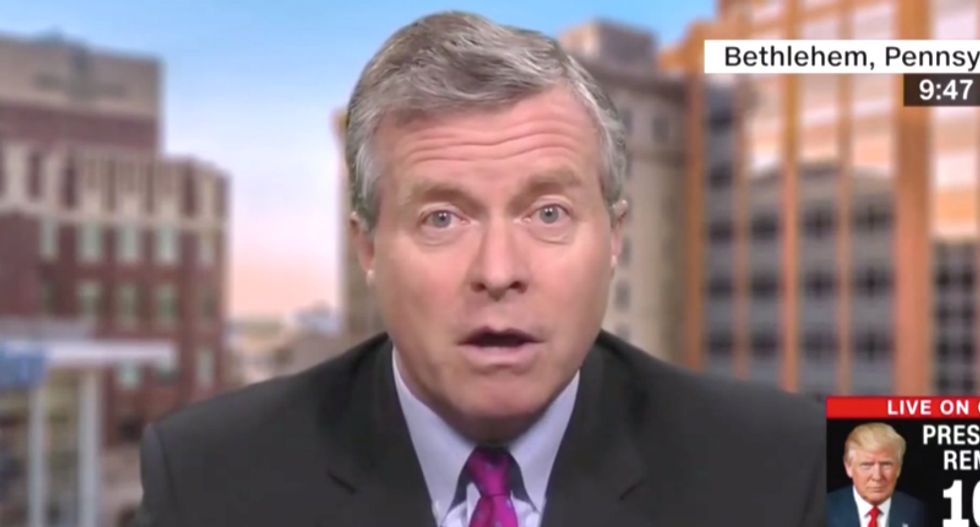 Retired Pennsylvania Republican Congressman Charlie Dent was visibly upset when he told CNN on Friday that is was incumbent on his party to block President Donald Trump's declaration of a national emergency, saying it set a terrible precedent for future presidents and usurped Congressional authorities.

Dent's remarks occurred during a larger discussion of how Republicans had previously reacted when President Obama had, in their view, overreached his own presidential authorities, with host Jim Sciutto asking Dent the GOP would "put their money where their mouth is" and join Democrats to block the president.

"They better block this. This is simply beyond the pale, it is outrageous, it breaks the law," said Dent, who helped write the Military Construction Bill whose funds Trump intends to tap. "The bottom line is the president cannot move money from a defense purpose to a non-defense purpose. The budget law prohibits that. There is a strict firewall."

He added that Trump's declaration "blows up" a longstanding relationship between the Pentagon and House appropriators that allows for "flexibility" when it comes to transferring funds from one project to another.

"The appropriations and subcommittee chair must sign off on these transfers," Dent said, adding that he couldn't imagine any Democratic House chair signing off on the funds. "That's outrageous, that's a precedent. What if there is a President Elizabeth Warren or Kamala Harris and they want to move money from the Defense Department or the F-35 [fighter plane] to pay for homelessness? People would yell and scream about it!"