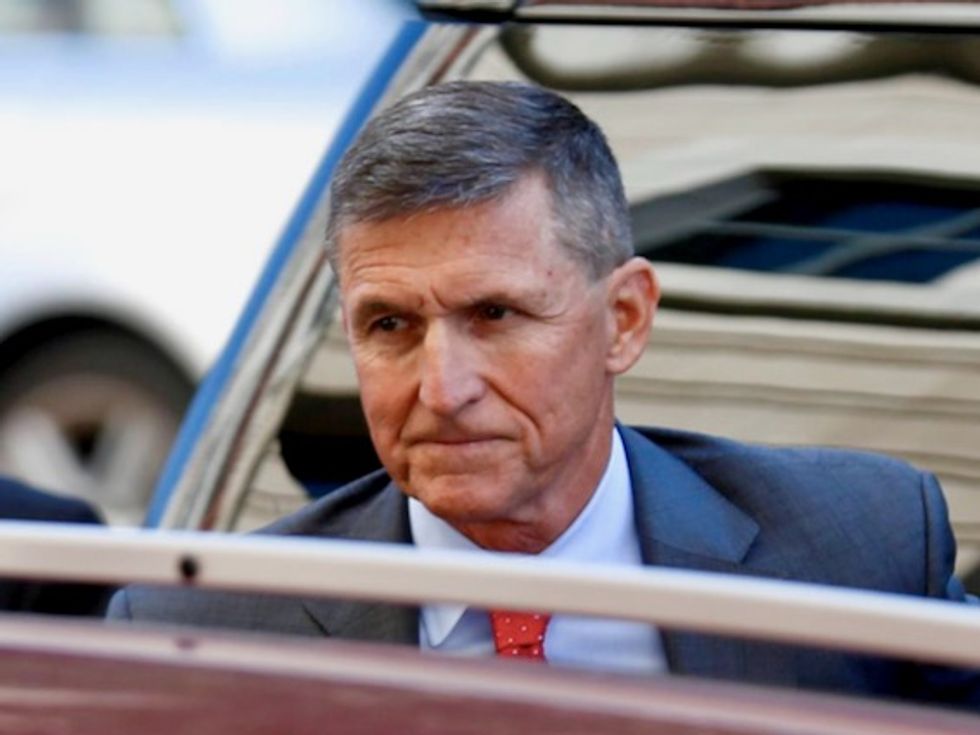 Top White House aides ignored repeated warnings they could be breaking the law as they worked with former U.S. officials and a close friend of President Donald Trump to advance a multi-billion-dollar plan to build nuclear reactors in the Middle East, Democratic lawmakers alleged in a report released Tuesday.

The effort, the report said, began before Trump took office and continued after his inauguration in January 2017 despite National Security Council staff warnings that a proposed transfer of U.S. nuclear technology to Saudi Arabia was being fast-tracked around a mandatory approval process in possible breach of the Atomic Energy Act.

John Eisenberg, the top NSC lawyer, had ordered the work halted because of concerns that Flynn could be breaking a conflict of interest law as he advised the consortium while serving on Trump’s campaign and transition team, said the report, which is based on documents and whistleblower accounts.

Administration support for the project, however, appears to have continued to the present, with Trump meeting consortium representatives in the Oval Office last week, the committee report said.

“The committee is now launching an investigation to determine whether the actions being pursued by the Trump administration are in the national security interests of the United States, or rather, serve those who stand to gain financially,” the report said.

The report, compiled by the Democratic staff of the panel chaired by Representative Elijah Cummings, comes as Democrats expand inquiries into alleged administration wrongdoing after winning a majority in the House in November elections.

The report said the companies include reactor manufacturer Westinghouse, which emerged from Chapter 11 bankruptcy last year.

The White House, Flynn and IP3 had no immediate response to the report.

PLAN FOR DOZENS OF REACTORS

Working with the U.S. government, the consortium would build dozens of power reactors in Saudi Arabia, Egypt and other U.S. Arab allies, according to the IP3 website. In doing so, the project would help restore U.S. influence in the Middle East while boosting regional economic and political stability, according to the website.

Flynn, a retired Army general, promoted the plan on two 2015 trips to Saudi Arabia, and listed himself on government documents as an IP3 advisor during a period in 2016 while he was working for Trump’s campaign and transition, the report said.

He is cooperating with Special Counsel Robert Mueller’s probe of Russian interference in the 2016 presidential election. Flynn was an early target of the investigation and is awaiting sentencing for lying to FBI agents.

Barrack was represented in the plan, the report said, by the then-head of his firm’s Washington office, Rick Gates, a former political consultant and Trump’s deputy campaign manager. Gates pleaded guilty last year to financial fraud and lying to the FBI and also is now cooperating with Mueller.

Documents appended to the report included a draft presidential memorandum appointing Barrack as a special envoy to oversee implementation of the project that McFarlane sent to Flynn and his then-deputy, K.T. McFarland, on Jan. 28, 2017.

Also included with the committee’s report was a document authored by Barrack titled “The Trump Middle East Marshall Plan” that promoted the plan and was sent to NSC staff on March 28, 2017, by IP3 board member Frances Fragos Townsend, who served as homeland security adviser to President George W. Bush.

A current senior administration official was among the unnamed whistleblowers who came forward “with significant concerns about the potential procedural and legal violations connected with rushing through a plan to transfer nuclear technology to Saudi Arabia,” the report said.

The whistleblowers, it said, also warned about political appointees ignoring the advice of “top ethics advisers at the White House who repeatedly and unsuccessfully ordered senior Trump Administration officials to halt their efforts.”

In addition to McFarland, Flynn’s top Middle Easy adviser, Derek Harvey, played a key role in promoting the plan in the White House, doing so despite warnings of possible ethics and criminal law violations, the report said.