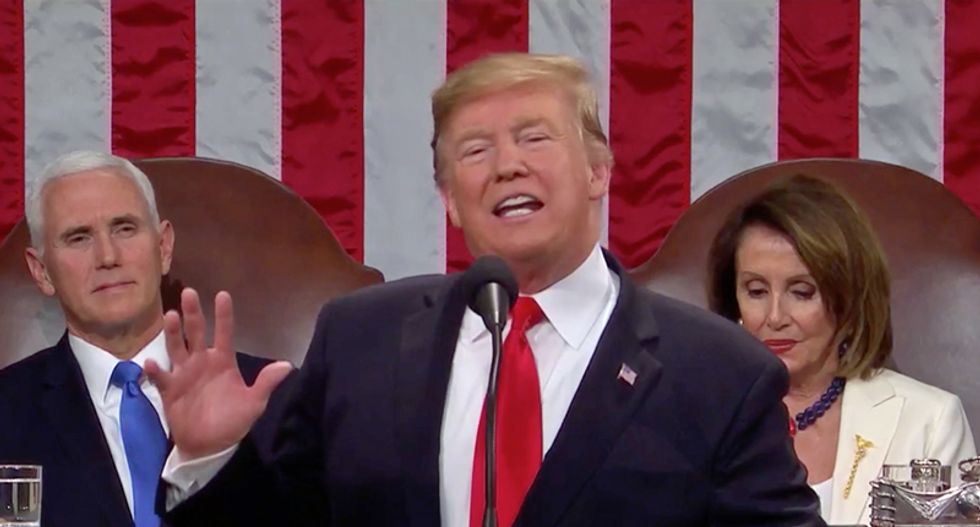 Moments after threatening a nuclear arms race with Russia, Trump explained how he believes his 2016 election saved the world.

"As part of a bold, new diplomacy, we continue our historic push for peace on the Korean peninsula," Trump said. "Our hostages have come home, nuclear testing has stopped, and there has not been a missile launch in more than 15 months."

Trump then offered his theory that the election of Hillary Clinton would've resulted in war between the nuclear powers.

"If I had not been elected president of the United States, we would right now -- in my opinion -- be in a major war with North Korea," Trump argued.

"Much work remains to be done, but my relationship with Kim Jong-un is a good one," he said.