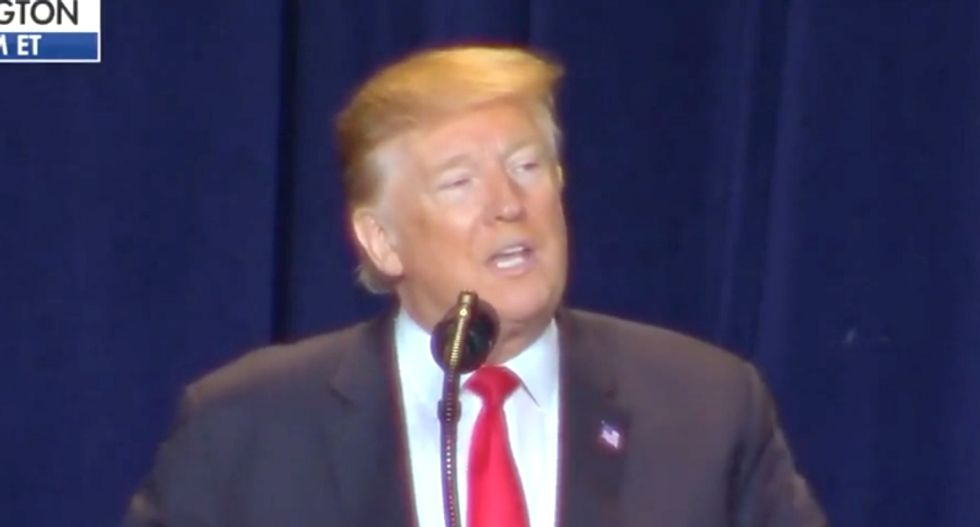 During a prepared speech at Thursday's National Prayer Breakfast, President Donald Trump apparently credited "people of faith" for their role in helping to rid the United States of civil rights.

"Since the founding of our nation, many of our greatest strides from gaining our independence to abolition of civil rights to extending the vote for women have been led by people of faith," he said.

The president may have misspoken. In the 19th century, many people of faith backed the abolition of slavery, and fought for civil rights for African Americans in the 1950s and 1960s.

But in more recent years, the president's religious followers, and in particular evangelical Christians, have indeed been hostile to civil rights for a wide variety of groups, including African Americans, the LGBTQ community, and immigrants among others.

Teleprompter problem? Trump says people of faith have led in the "abolition of civil rights" during remarks at the… https://t.co/V938UJnvZe
— Josh Billinson (@Josh Billinson)1549550674.0