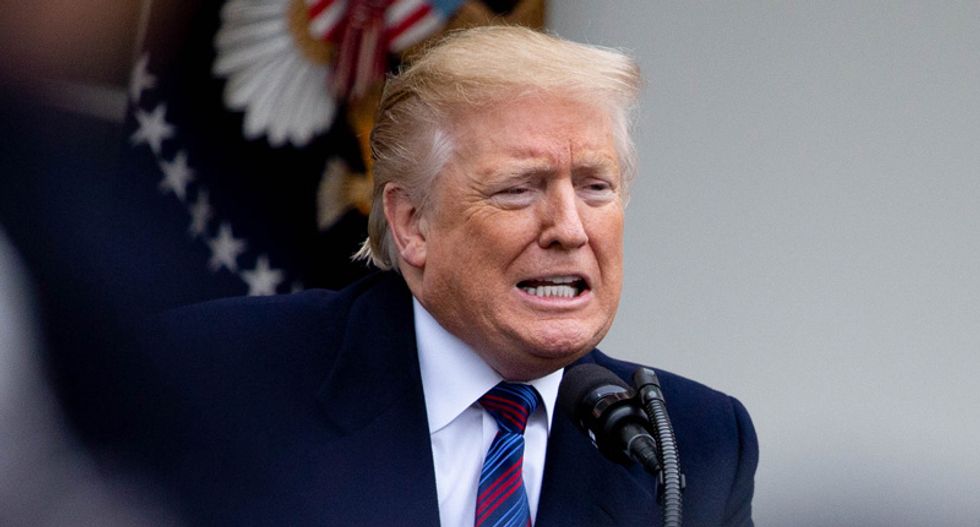 President Donald Trump was furious after Axios last week published three months of his schedules that had been leaked, exposing him as possibly the laziest and least-engaged president in American history. Those schedules revealed he spends the majority of his day in "executive time," a made-up term by the Trump White House that means tweeting, watching TV, and talking on the phone to friends.

The White House has launched an investigation to determine who leaked the schedules, but on Sunday Axios published four more days of leaked schedules, revealing Trump "spent 50% of the four days last week in non-structured 'Executive Time.'"

"No president ever worked harder than me (cleaning up the mess I inherited)!" Trump lashed out.

Many responded in outrage over his lies: