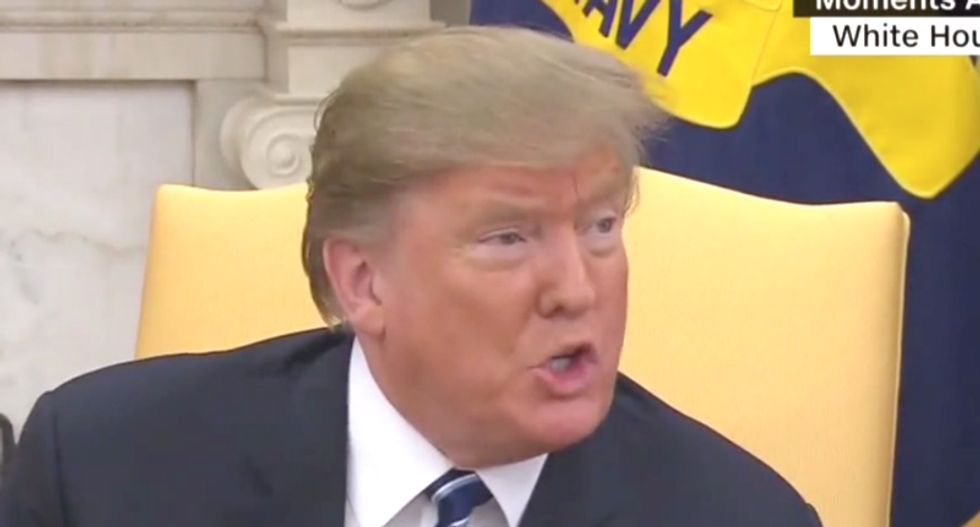 President Donald Trump didn't hold back his disdain for fired acting director of the FBI Andrew McCabe, whose new memoir suggests the president may be a Russian asset, hurling gratuitous insults at the former top cop during a press spray on Wednesday.

Asked by a reporter for comment on the briefing McCabe held with Congressional leaders to discuss the investigation -an investigation which no one objected to- Trump instead shared his thoughts on McCabe's character.

"I think Andrew McCabe has made a fool out of himself over the last couple of days, and he really looks to me like a poor man's J. Edgar Hoover," the president said, chuckling briefly at his own comparison. "I think he's a disaster."

Trump went on to say that anyone who read the Inspector General's report would agree with him and ask themselves, "how could a man like this be involved with the FBI?" He added that the Bureau is home to "some of the greatest people," except McCabe who was "a complete disaster."

McCabe is currently doing interviews related to his book, which provides deep details of contingency planning at the FBI and the DOJ as Trump's involvement with Russia became more suspicious, including potential avenues to remove Trump from office.