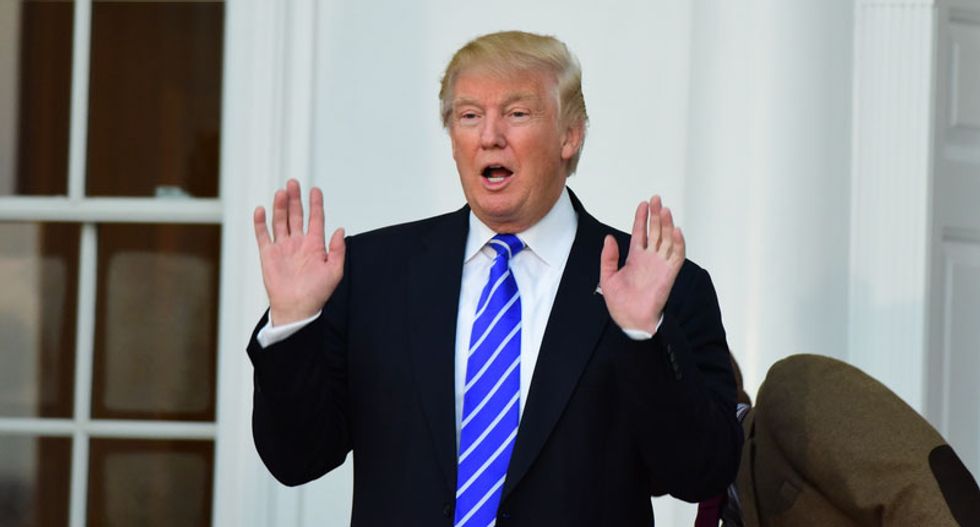 The defeat President Donald Trump suffered in the U.S. Senate on Thursday may indicate the viability of an impeachment conviction, NBC News national affairs analyst John Heilemann explained on "The Last Word" with Lawrence O'Donnell.

"The president was weakened today, in more ways than Trump voters -- and probably anyone in the White House -- actually understands," O'Donnell predicted.

"I think that is a watershed moment in this presidency because, to me, it is the most important math calculation of all math calculations that every United States senator has to do," Heilemann suggested.

"At this moment, on this issue, and potentially now on many more issues going forward -- and some of great consequence including the existence of the Trump presidency -- this will be the moment where Republican Senators have figured out there's a different math game in town," he continued. "And that could be incredibly bad news for President Trump."

Heilemann explained that Republicans abandoning Trump had nothing to do with them having backbone.

"They didn't find their spine. What they found was -- they're now using a different algorithm to calculate their self-interest," he argued. "That's all it's ever about with these people, is self-interest."

"To me, the reason this is significant is not about the shutdown, it's not about the wall. It's an answer to the question of people who've been asking us for two years, saying there's no way Trump will ever be impeached and convicted in the U.S. Senate, because they have no guts, no spine," he explained. "And I keep saying, it doesn't have anything to do with guts and spine, it has to do with when the Republicans do a different math, and the math says, we are free to leave Trump because we stick with him it costs us more."

"I think the important thing here is that this kind of thinking is the kind of thing that leads them to challenge Trump on a variety of other things, not because of spine, but because of self-interest," Heilemann concluded. "And potentially to challenge him on the question of his entire presidency, because it's not going to be about spine or principle or caring about America -- it's about them being able to keep their jobs."