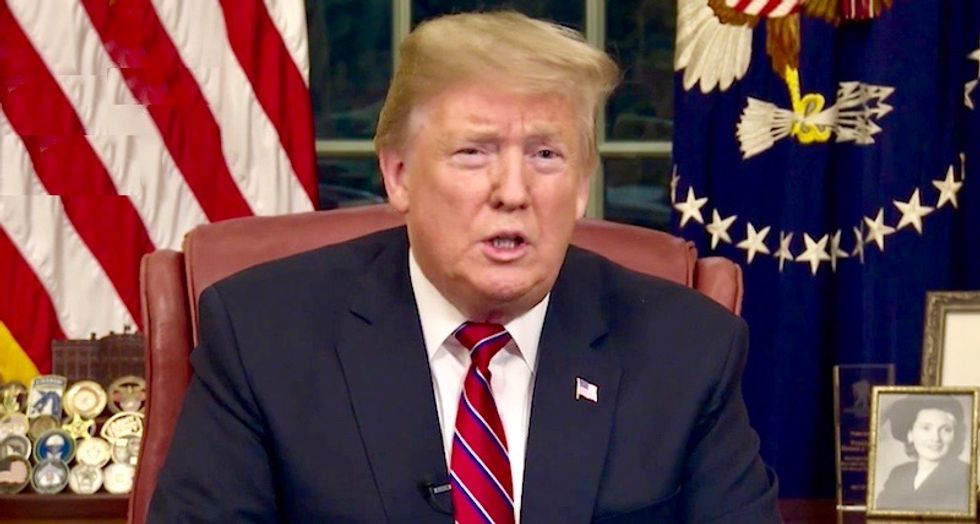 When asked by the press about his administration's new effort to decriminalize homosexuality across the globe, Trump had no idea what they were talking about.

President Donald Trump's administration launched a global campaign to decriminalize homosexuality. The program is being led by the U.S. ambassador to Germany Richard Grenell, who is an openly gay person in the Trump administration.

The campaign will focus on countries where homosexuality is still against the law, such as parts of the Middle East, Africa, and the Caribbean. The launch of the campaign was met with skepticism from LGBTQ activists.

In addition to the backlash, Trump appeared unaware that his administration even announced the campaign.

While in the Oval Office with Austrian Chancellor Sebastian Kurz, reporters followed up with Trump on a few of his policies.

Trump has no idea about his administration’s push to decriminalize homosexuality around the world, per WH transcrip… https://t.co/3dEQPUlTjU
— Eli Stokols (@Eli Stokols) 1550697930.0

"Mr. President, on your push to decriminalize homosexuality, are you doing that? And why?" a reporter asked.

"Your push to decriminalize homosexuality around the world," the reporter clarified.

"I don’t know which report you’re talking about. We have many reports. Anybody else?" Trump said.