Trump-loving conservative goes down in epic flames against Watergate prosecutor 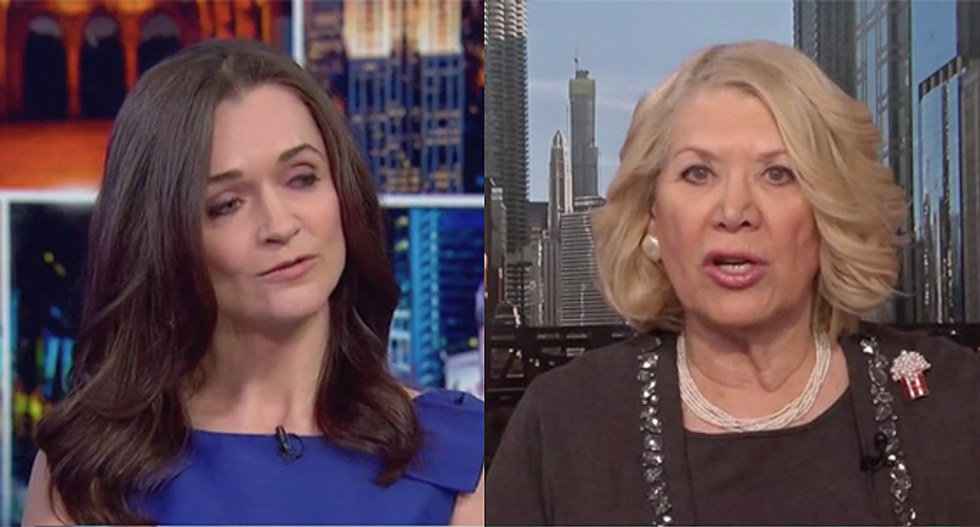 Conservative commentator Carrie Sheffield had a difficult time going up against former Watergate prosecutor Jill Wine-Banks when it came to the allegations those associated with Donald Trump face.

Sheffield began by saying that Paul Manafort wasn't really that involved in the president's 2016 campaign. Indeed, Manafort was the chairman of the entire campaign and he had a huge influence on the Republican convention.

"So, you're saying that exploiting the president's political novice --" MSNBC host Al Sharpton said before being cut off.

"She's saying he is not qualified to be president and should not have been president," comedian Pete Dominick cut in.

She explained that Trump clearly didn't attract the 'A Team' of polished political talent.

"People like yourself and the establishment did not want him in office," Sheffield said. "But the American people at the end of the day chose him."

Often, Trump supporters forget that America did not choose him. Indeed, 3 million more Americans voted for the non-Trump option.

Sharpton ultimately cut away from the back and forth to Wine-Banks.

"All I can say is, listening to the screaming that's going on --" she began before Sheffield cut her off.

"I keep getting interrupted," Sheffield interrupted Wine-Banks to whine.

"Someone hasn't read the Manafort sentencing document, because it does link Russia to Manafort," Wine-Banks said. "Manafort, during the time that he was the campaign chair, was in collusion with the Russians. And so that links. And I think we have to really stop and take a look. I think, regardless of what the outcome of the Mueller investigation, if it were to say that we can't indict because the Department of Justice rules don't let us indict, but here are the facts, or it could say there are no facts that link the president. Either way, we need to know what the conclusion is. And we can get that. As Americans, we should be entitled to it. I think Congress has a role to play in doing this. And that there is plenty of evidence that links too many of Donald Trump's closest allies to Russia. Why all the lies? Keep asking yourself that. If there is no collusion, why is everyone lying about the meetings with Russia? There's a reason."