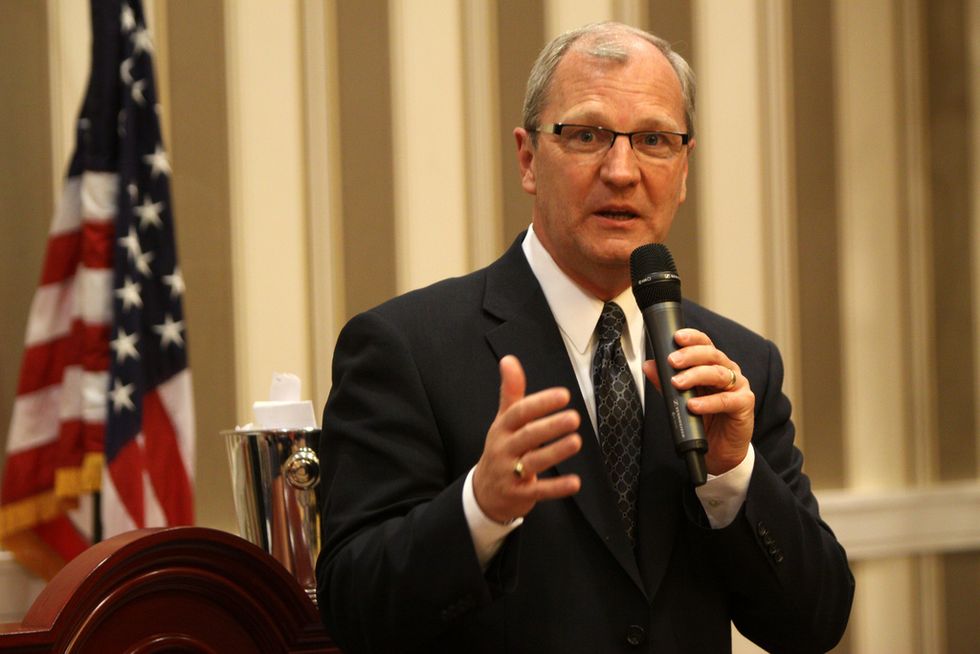 “Barack Obama declared a national emergency to fight swine flu and we didn’t have a single case of it in the United States,” the North Dakota Republican claimed during a podcast interview.

But the AP notes in a fact-check that Obama did indeed have every reason to declare a national emergency back in 2009, with over 1000 deaths in the United States from the flu strain known as H1N1 (aka ‘swine flu’) by the time Obama declared a national emergency over the outbreak on Oct. 23, 2009.

The AP continued in its fact-check Thursday:

“During a podcast interview with a conservative North Dakota blogger, Cramer described presidential national emergency declarations as routine and said Trump’s proclamation is more controversial simply because ‘it’s the president'....Cramer pointed to a national emergency declaration issued under President Barack Obama to further illustrate his point."

However, the AP noted that Obama’s 2009 swine flu emergency declaration had bipartisan support at the time, and that “the flu strain was linked to more than 274,000 hospitalizations and 12,000 deaths in the U.S. between April 2009 and April 2010.”

When the AP reached out to the Senator for comment on his mistake, he sent back a statement that didn’t acknowledge the error, but instead seemed to double down on Trump’s invocation of a ‘national emergency’ for funding related to a proposed wall along the U.S.-Mexico border.