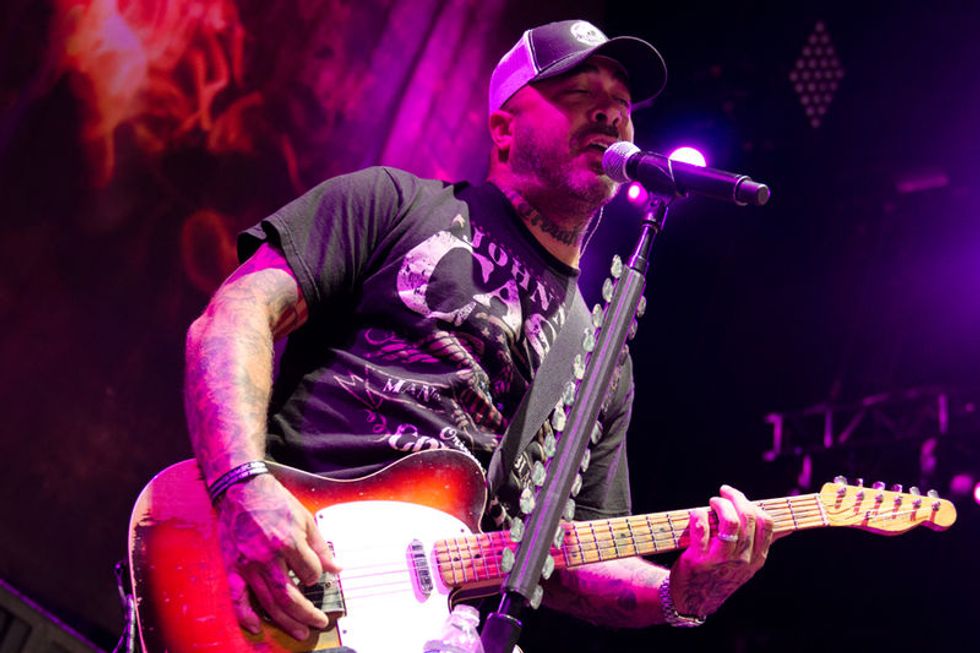 Aaron Lewis performs with Staind in 2012. Image via Wikimedia Commons.

A musician known for his love of Donald Trump stormed off stage over the weekend after getting angry about Spanish-speaking fans.

McAllen, Texas' Monitor news site reported that Aaron Lewis was trying to quiet the crowd during a solo acoustic set on Saturday when someone suggested he ask the crowd at the US-Mexico border town to do so in Spanish.

Video from the event shows the former Staind frontman-turned-country-singer strumming and motioning for the crowd to quiet down before checking his watch and bidding the audience goodnight.

"Thank you very much," Lewis said, "have a great night."

Shortly after Trump's inauguration in 2017, Lewis revealed that he'd voted for the dark horse Republican presidential nominee — and had "proudly jumped into the basket of deplorables."

You can watch video of the concert and the singer's storm-off below: