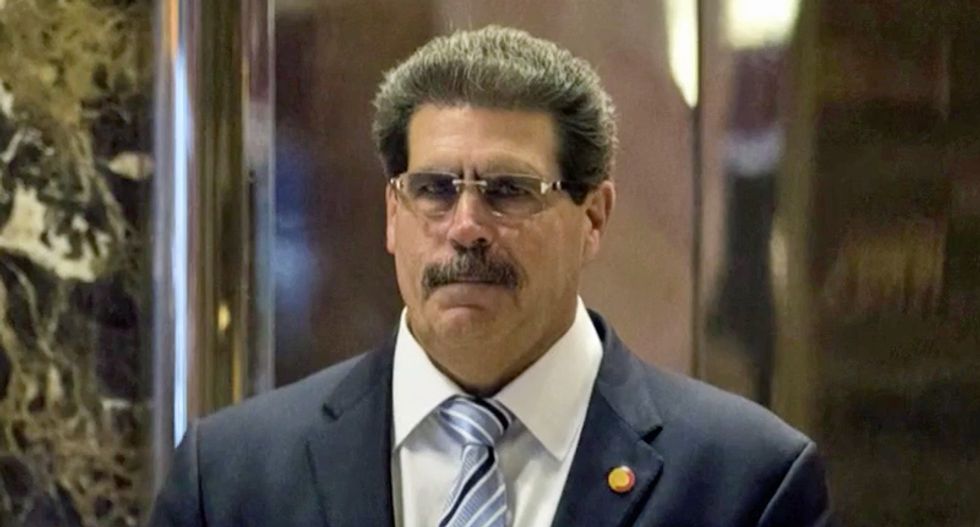 "Michael Cohen named several people yesterday who may have known about dirty deeds inside the Trump Organization, but one name in particular really stuck out," Hayes noted.

The "All In" host played a clip of Wednesday's hearing in the House Committee on Oversight and Government Reform wherein Rep. Alexandria Ocasio-Cortez (D-NY) got Michael Cohen to identify Calamari as having knowledge of Trump's potential insurance fraud.

"Is that a real person?" Hayes asked. "Matthew Calamari?"

Hayes read and put on-screen the following tweet on Calamari.

"Matthew Calamari" sounds like a made-up name by the screenwriter of a mafia B movie who doesn't know any actual It… https://t.co/izsFViKGlr
— CreativeTweets (@CreativeTweets)1551314000.0

"If he doesn't look like the executive type, he's not. He reportedly caught Trump's eye back in the 1980's when the future president saw him roughing up some hecklers at a tennis tournament where he was working security," Hayes reported.

Trump hired Calamari as a chauffeur and bodyguard.

Hayes revealed an anecdote told in the 1993 book Lost Tycoon: The Many Lives of Donald J. Trump by Harry Hurt III.

“You’d do anything for me, wouldn’t you, Matty?” Trump asked.

"Would you kill for me, Matty?" Trump wondered.

However, when Calamari appeared on "The Apprentice," he froze up and became tongue-tied.

Hayes noted that could be problematic when Calamari is called to testify before House Democrats. 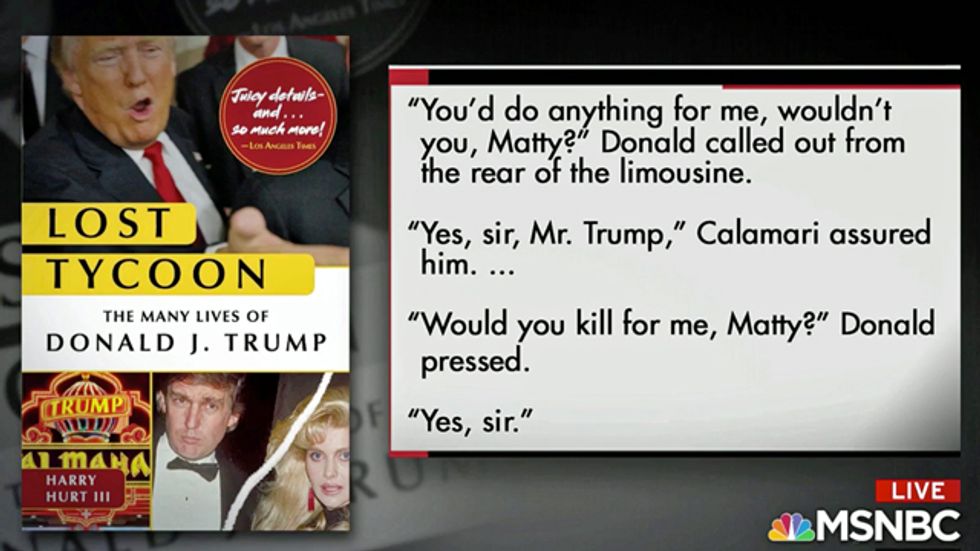