Trump plans to spend the next year making everything we do -- from eating to driving to working -- more dangerous: report 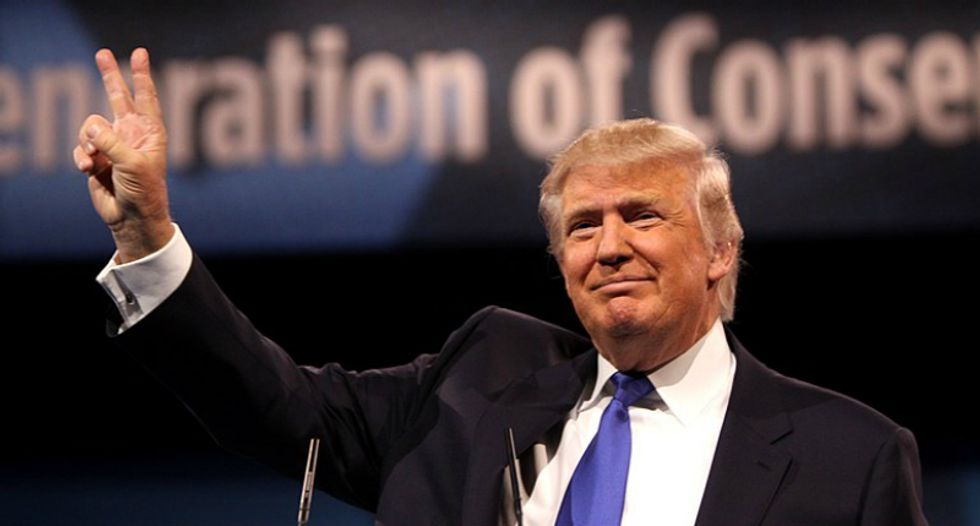 According to acting chief of staff Mick Mulvaney, President Donald Trump intends to spend the next year deregulating as much as possible. From chemicals in drinking and shower water to what is sprayed on the food Americans eat, or into the air they breathe, Trump intends to stop protecting people from it.

The announcement came as a "blunt" message to Cabinet secretaries, Axios reported Sunday. A senior White House official and another source briefed on the private conversation; both confirmed the "highest priority."

"We knew there was one thing we could do without legislation," the senior official told Axios. The measure of a Cabinet secretaries' performance will be tied to the regulations they've unmade. "Dereg is going to be top of the list."

Trump's crusade to deregulate has already caused an outbreak of childhood cancers in one Indiana town. The Indy Star reported on heartbroken moms and their strive to uncover the source of their childs' deaths.

"Unfortunately we received results that provide us with validation we didn’t necessarily want," said Stacie Davidson. Her 14-year-old stepson, Zane Davidson, is now in remission after fighting a rare form of leukemia for three years.

Axios explained that Trump has worked to use his executive powers to circumvent the House and Senate, leaving checks and balances up to the courts. Senate Majority Leader Mitch McConnell (R-KY) has been fighting tooth and nail to get as many of Trump's right-wing judges confirmed on as many courts as possible.

Trump's "agencies are sweeping away regulations, including the most aggressive gutting of environmental regulations since at least President Reagan, and maybe ever," Axios reported.