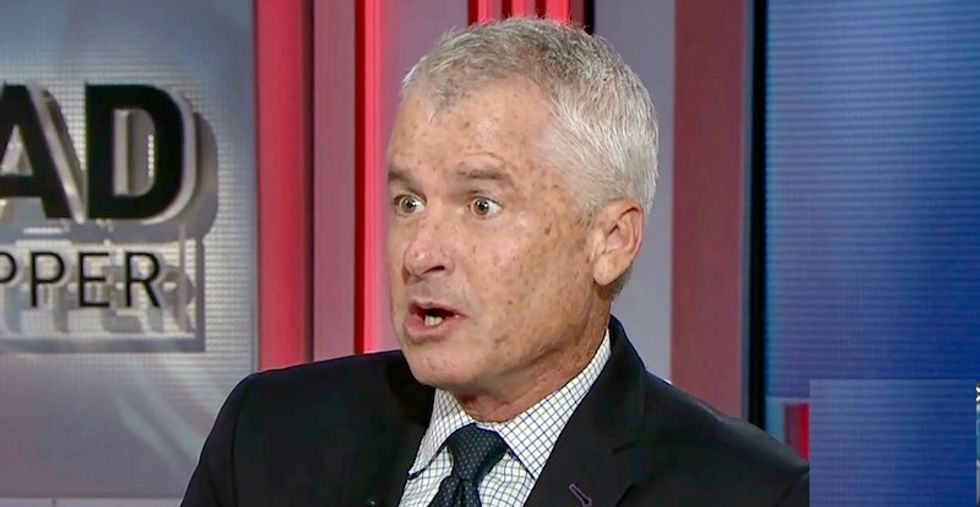 CNN counterterrorism expert Phil Mudd said that President Donald Trump's practice of firing people who don't agree with him risks throwing the country into another quagmire like Iraq, as the president is rumored to be considering sacking his Director of National Intelligence, Dan Coats.

"There ain't no learning in the second kick of the mule here," said Mudd, reminding viewers that the CIA was still struggling with accusation that the agency didn't do enough to rein in President George W. Bush when he had Iraq in his sights. "So we're going again into North Korea and say we'd prefer that the intel guys support the president regardless whether they agree with his position?"

"I think the intel guys are supposed to get out there and talk about the facts," Mudd went on. "Do we want to relive Iraq all again? Speak the truth and let the truth fall where it may. That's what intel folks are supposed to do, that's what they did, and Dan Coats is gonna get fired for it. "

Fellow panelist Jeffrey Toobin agreed, saying it was Coats' failure to "follow the party line" that has put his job in jeopardy.