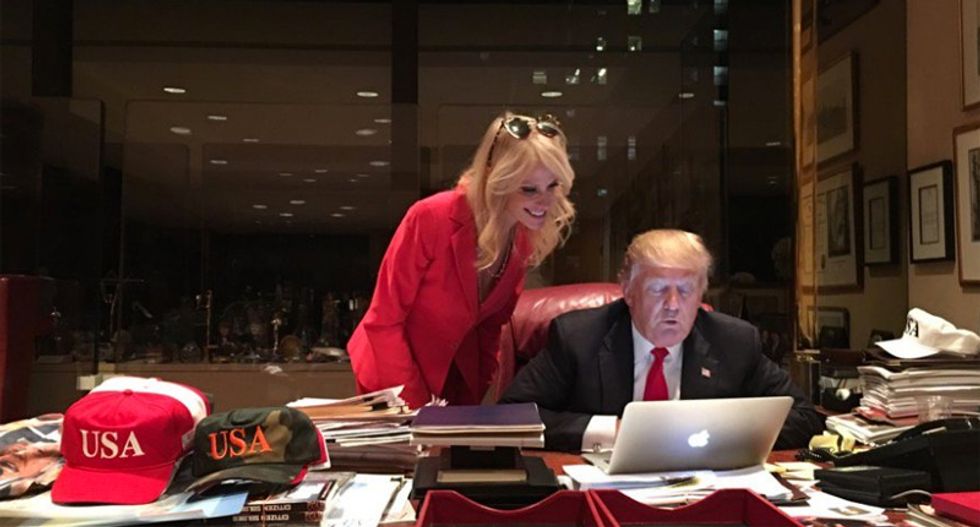 It was former Chief of Staff John Kelly who came up with the idea of "executive time" for President Donald Trump. However, now it seems he's using it excessively.

The president reportedly spent so much time watching cable news, tweeting and making calls to friends and former advisors that the White House had to find a way of indicating that on his schedule in a less humiliating way.

But using the phrasing meant that nothing more specific was included. Who was the president calling? Who telephoned him? Which cabinet member popped in for a quick meeting about children in cages on the border? Americans will never know, because all the schedules say is: "executive time."

"Is there a concern about lack of transparency who he's meeting with during executive time?" asked VotoLatino's Maria Teresa Kumar. "And that is something the public is used to knowing -- who is meeting with the president. This provides that loophole."

AP reporter Catherine Lucey noted that often Americans find out about the meetings after the fact when the media uncovers it.

"Sources tell you they heard about a call and meeting and details come out after the fact," said AP reporter Catherine Lucey.

She noted that often there are days where nothing is on the schedule for the president.

"There's a whole circle of people the president talks to on his cell phone all the time," Washington Examiner's David Drucker explained. "Most communication with the president goes through the chief of staff -- these are scheduled, even if they're after hours, they're part of a regiment. This president has basically, ironically being the first businessman elected right into the presidency, runs this without much of a structure, without much of an organization, much like he ran things at Trump Tower with Trump Organization, sitting in his office, calling who he wanted when he wanted."

His release -- bitterly contested by groups that fought white-minority rule -- had been postponed after he was stabbed by a fellow inmate inside prison.