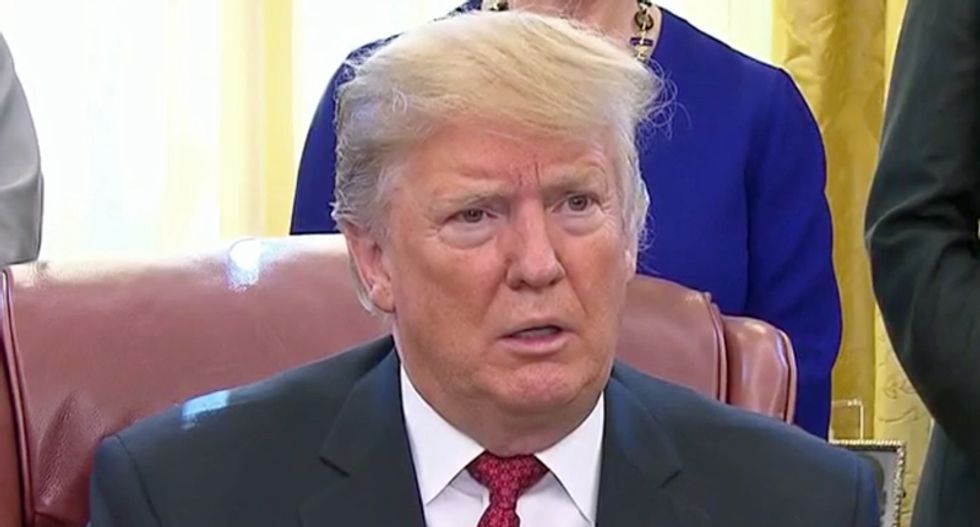 A federal law enforcement reporter pointed out one of the under-reported threads in the bombshell New York Times report about Donald Trump seeking out a loan from Deutsche Bank in 2016 — for which he was rejected.

Daily Beast reporter Betsy Woodruff explained Monday that "it takes a lot for Deutsche Bank not to do business with somebody."

"This is a bank that’s been fined hundreds of millions of dollars for not doing more to stop Russians from laundering massive sums of money through its bank," Woodruff noted.

But one of the underlying threads beneath the numerous stories about Trump and Deutsche Bank, the reporter noted, is that the German institution sold financial products to the Mercers, a "multi-billionaire conservative mega-donor family that played a key role in getting Trump elected."

"A Senate committee confirmed or assessed that the Mercers used this money to dodge paying more than $6 billion in taxes," Woodruff added. "That's larger than the GDP of some countries. They used these products in part to do that."

The MSNBC political contributor pointed out that the Mercers have, since fall 2017, "been in negotiations with the IRS about how to potentially settle that tax debt."

"Those negotiations are done entirely in secret," Woodruff said. "Obviously, tax issues are supposed to be confidential — but this is something where Trump’s political appointees in the IRS have access to very sensitive talks about billions of dollars on the table for some of his most powerful donors and Deutsche Bank is right at the center."

Host Nicolle Wallace asked the reporter if special counsel Robert Mueller has access to the same IRS information and Woodruff said that although she has not gotten confirmation that he does, "he would be able to through traditional law enforcement means" to obtain it.