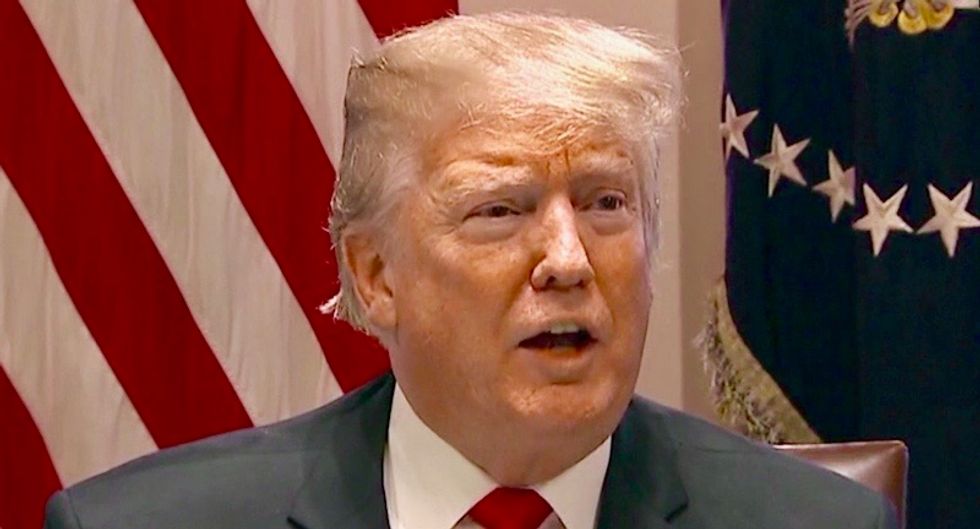 "We’re entering a new phase of the Trump-Russia investigation, in which the president’s efforts to contain the probe are failing," says Washington Post columnist David Ignatius in a new column posted Thursday. "Information he tried to suppress about his business and political dealings is emerging — with more to come," he added.

Trump famously said any investigation into his finances would be a "red line," but the newly elected Democratic majority in the House of Representatives disagrees, and has promised to investigate all avenues of possible criminality in regards to the Russia probe, even if that touches on pecuniary matters.

"A Deutsche Bank subpoena would be especially sensitive,"Ignatius writes, adding that "a spokesman reiterated to me a previous statement that the bank 'has received an inquiry' from the House Intelligence and Financial Services committees, which are working in tandem, and is talking with those committees “to determine the best and most appropriate way of assisting them . . . [and] providing appropriate information to all authorized investigations.”

Ignatius notes that new House Intelligence Committee Chairman Adam Schiff (D-CA) is not afraid to follow all leads when it comes to his new role, quoting the California congressman several times in the column.

"Sorry, Mr. President, but that red line is turning blue" Ignatius writes in the column. "As investigators move into the once-forbidden zone, the likelihood grows that the public will finally learn the truth."