Trump’s need for ‘executive time’ is like planning for a newborn’s play schedule: MSNBC's Katy Tur 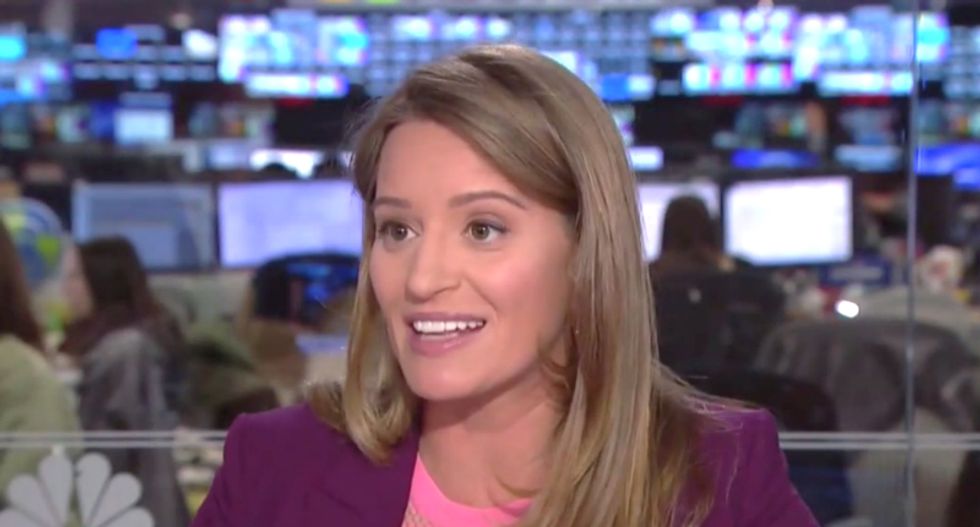 MSNBC's Katy Tur said the Axios report on President Donald Trump's unstructured "executive time" schedule reminded her of some scheduling of her own: specifically, planning her newborn baby's playtime.

The Washington Post's Jonathan Lemire said the president's downtime is similar to the arrangement he had as head of the Trump Organization. The difference, he added, was as a businessman, Trump used that time to make deals.

"What he's doing now is yes, some of it is simply watching television," he said. He added that the Axios report revealed that Trump's executive time "matches nicely with some of his more famous Twitter storm over the last few months," and noted they occurred when Trump has "less supervision."

"I am having a child," Tur said with a deep sigh. "When we were thinking about how you raise a child and how you structure a child's time, there's a lot of talk about unstructured play to allow them to be creative, and all these terms that are now being applied to the president for his unstructured time in the Oval Office."

"I am not trying to be glib or cheeky here but it does seem like you've got to treat Donald Trump with kid gloves and I am not the first person to say that," she continued, noting that "many of his aides" say the same. "Bob Corker basically called it an adult daycare."

"I won't draw the comparison between my four-year-old and the president," laughed Lemire. "Others have done similar things."