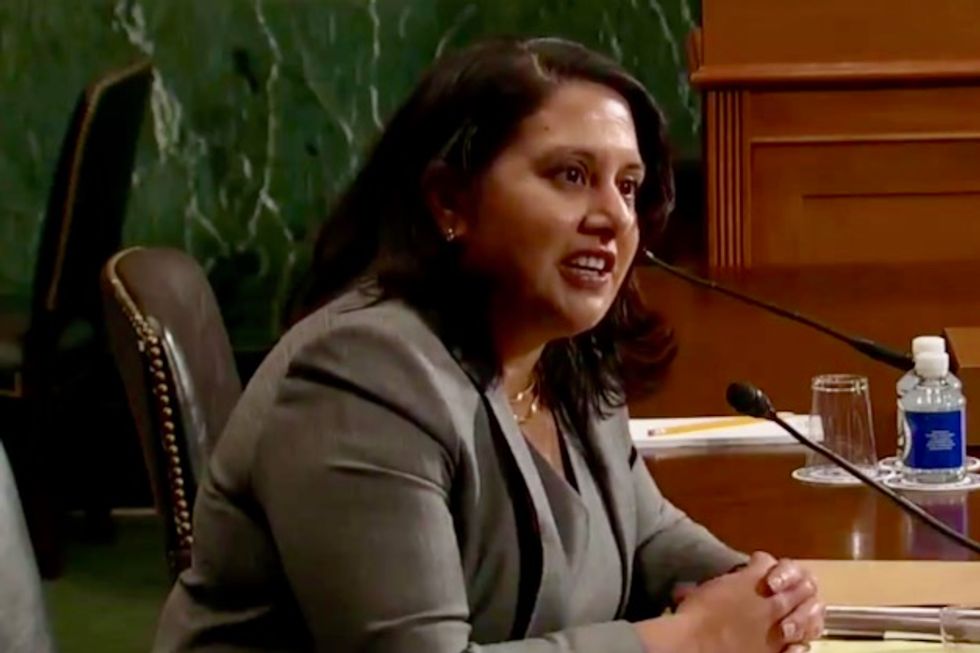 President Donald Trump's nominee to replace Brett Kavanaugh, now a U.S. Supreme Court justice, on the powerful D.C. Circuit Court of Appeals is refusing to say if she thinks same-sex relationships are a sin.

Neomi Rao, whose past writings have drawn the ire and disgust of top Democrats on the Senate Judiciary Committee, has been facing difficult questioning Tuesday.

One line of questioning came from Senator Cory Booker, Democrat of New Jersey, who asked her about her views on same-sex relationships.

"Senator, I'm not sure the relevance of that," she replied.

Booker pressed on, saying the question was just as relevant as if she felt African-American relationships are immoral.

"Do you believe they're a sin?" He asked further.

"Senator, my personal views on any of these subjects are things I would put on one side," Rao replied.

"You know, Senator. No," Rao replied.