Trump's possible treason on behalf of Russia 'shook the FBI to its core': Andrew McCabe 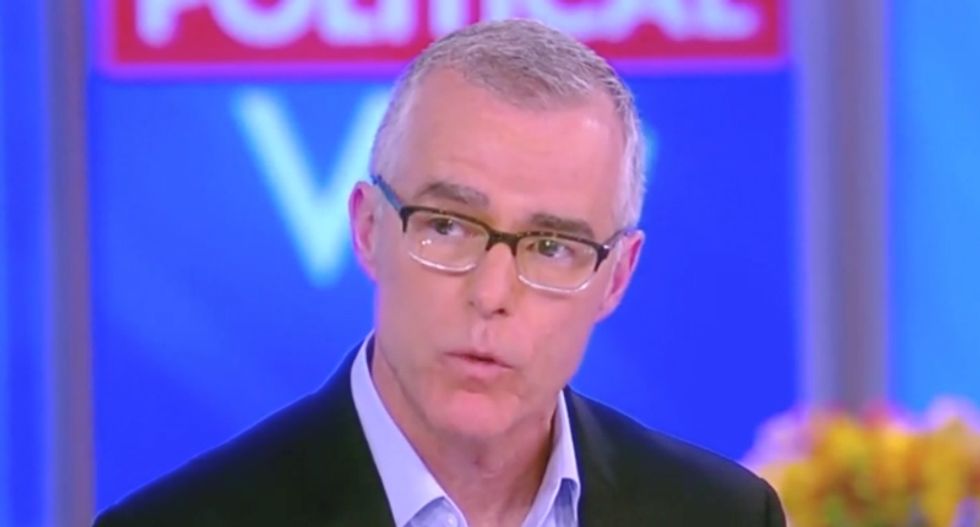 The comment was prompted by host Joy Behar, who brought up just one example, in which Trump took Putin's word over that of the FBI that North Korea was testing missiles capable of hitting the United States.

"How is that not treasonous behavior?" she asked. "How is that he gets away with saying 'I don't believe my intelligence, I believe Putin', and the Republican Party doesn't sanction him?"

"It's incredibly concerning," McCabe replied. "It is the sort of thing that shakes our intelligence professionals to the core." McCabe hesitated to label the president's behavior "treason" saying he was reluctant "to throw that word around," but came very close, saying Russia was "the one country on Earth that we want to be careful about."

"The president has to be able to rely on the information that he gets from the places like the FBI and CIA," he said. "When we hear from the chief executive that not only is he not not consuming that information, that he's not interested in hearing what we have to say, not only that he doesn't believe us but he believes the adversary instead of us, it's really very troubling."