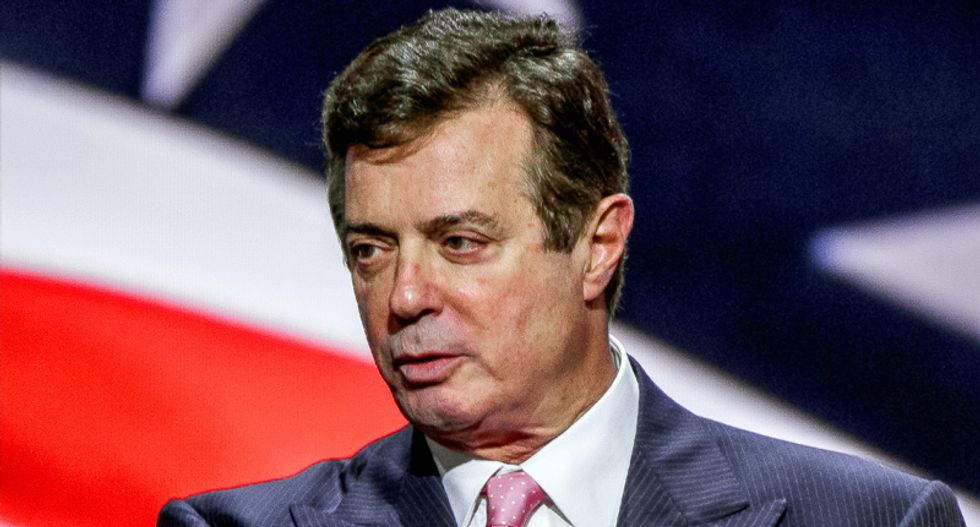 Paul Manafort during the sound check at the podium of the Republican National Convention. (mark reinstein / Shutterstock.com)

Trump biographer Craig Unger detailed Saturday morning the links between the president's ties to the Russian mob and the silence of his former campaign manager Paul Manafort.

Unger, author of House of Trump, House of Putin, explained on MSNBC's AM Joy that unlike the Italian mafia, Russia mobsters report to Vladimir Putin — essentially making them "state actors" for the Kremlin.

"I found 13 people who have had been in Trump Tower, associated with the Russian mafia," the author explained, adding that the organized criminals "on and off for 35 years" used the president's flagship Manhattan building "as a base of operations."

When Donald Trump "overexpanded" in Atlantic City and went bankrupt to the tune of $4 billion, "Russian money played a huge, huge role" in his financial bounce-back.

Host Joy Reid asked Unger if he believed Manafort, whose ties to Russia through the pro-Kremlin Ukrainian president Viktor Yanukovych are well-documented, was afraid of the Russian mob — and the author said it was likely for two reasons.

Along with the often-speculated motive that Manafort is "playing for a pardon," Unger noted that he might also fear for his safety.

"The Russian mafia is serious," the author said. "People have been dying over this, there have been a lot of unexplained deaths. It wouldn't surprise me if Manafort was afraid of that."