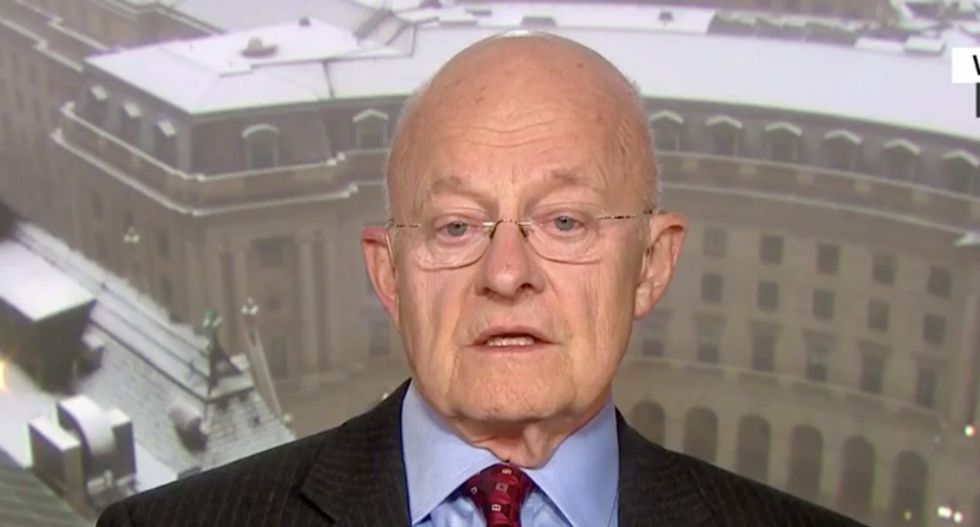 Former Director of National Intelligence James Clapper told CNN on Wednesday that there was plenty of evidence suggesting that President Donald Trump was an unwitting asset for Russia, not the least of which was his relationship with Russian President Vladimir Putin, a trained KGB agent with years of experience recruiting assets.

Clapper said that Trump was most likely an "unwitting" asset as opposed to someone who made a conscious decision to spy for the Kremlin, and explained how he had come to that conclusion.

"The strange thing I think that's bothered a lot of people both in and out of the intelligence community is this strange personal deference to Putin by the president," Clapper said. "I've speculated in the past that the way Putin behaves is to treat President Trump as an asset.

"You consider Putin's background as a trained, experienced KGB agent and how he would approach somebody that he is trying to co-opt, or influence or gain leverage over, and in this case, you know, appeal to ego," Clapper went on. "In that sense, in that context, is what I think of when I mean potential unwitting asset.

He added that he highly doubted that Trump was "a recruited asset who is responding to the direction of a case officer."