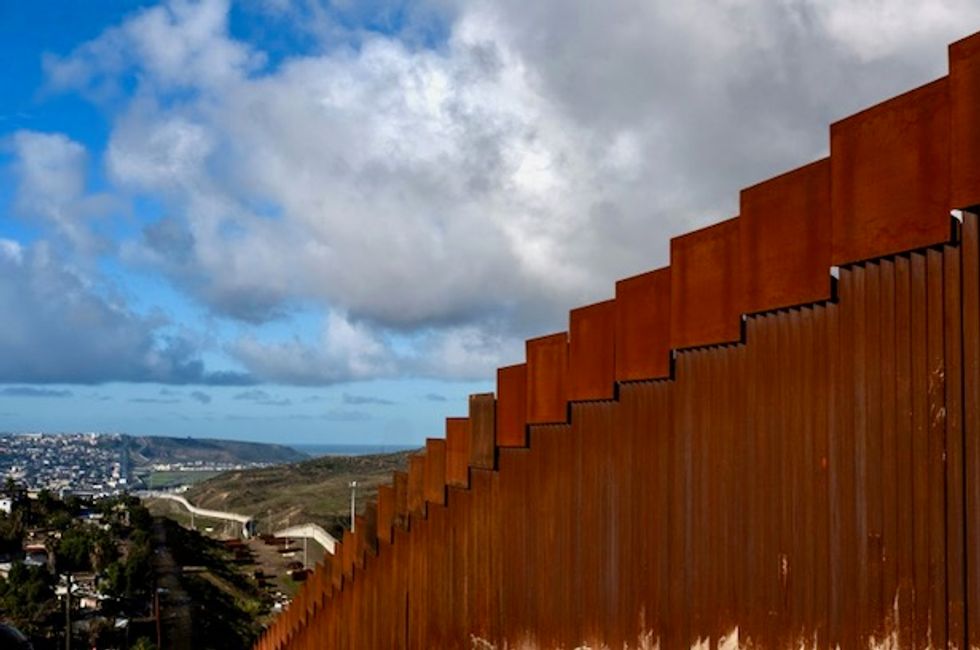 Congressional efforts to end President Donald Trump’s U.S.-Mexico border emergency declaration - an attempt by him to fund a border wall without approval from Congress - intensified on Thursday with the introduction of a bipartisan resolution to block him in the Senate.

The measure faces an uphill path to passage, but even a close vote in the chamber, controlled by his fellow Republicans, would be an embarrassment for Trump, who has failed over more than two years in office to persuade Congress to fund his wall.

The dispute triggered the nation’s longest partial government shutdown in December-January, but that did not secure for Trump the $5.7 billion he has been demanding for his “great, great wall.”

Trump warned Republicans not to vote for the Senate resolution, saying in an interview with Fox News’ Sean Hannity, scheduled to air later on Thursday, that doing so would put them in “great jeopardy” politically with voters.

But Republican Senator Susan Collins and Democrat Tom Udall, sponsors of the bipartisan measure, said Congress needs to stand up for its power over making major decisions about spending taxpayer money and prevent Trump from circumventing the U.S. Constitution.

“Rather, it is this: Do we want the executive branch, now or in the future, to hold the power that the founders deliberately entrusted to Congress?”

The resolution, identical to one already approved in the Democratic-controlled House of Representatives, is also sponsored by two other senators: Republican Lisa Murkowski and Democrat Jeanne Shaheen. At its present level of support among senators, the measure would need the backing of at least one other Republican to win final Senate approval.

Even with that, however, it might ultimately be only a symbolic gesture of defiance because Trump has vowed to veto the resolution if it arrives on his desk, an action that would likely throw the fight over his emergency into the courts.

Trump declared a national emergency on Feb. 15 after Congress declined to give him the $5.7 billion this year for his wall. The president said emergency powers would empower him to divert money from other accounts already approved by Congress, including military construction projects, to his wall.

Another Senate Republican, Lamar Alexander, argued Thursday that the president might avoid the clash with Congress if he would take the wall money from Pentagon accounts supporting counter-drug activities, instead of military construction.

Democrats argue that there is no actual border emergency and even if there were, Trump would still be overreaching.

“The emergency law that President Trump invoked allows the military to redirect funds only if an emergency ‘requires use of the armed forces,’” House Judiciary Committee Chairman Jerrold Nadler said at a hearing on Trump’s emergency. “This law is supposed to be used for actions such as building airfields or barracks to help our troops fight wars overseas,” he said.

The battle in Congress is the latest chapter in a long-running war between Trump and Democrats over border security and immigration policy. A coalition of 16 U.S. states led by California has sued Trump and top members of his administration to block his emergency declaration.

Moody’s Investors Service said on Thursday that Trump’s emergency declaration to build a border wall with Mexico means the U.S. territory of Guam could lose $750 million in military construction funds. This would be a “credit negative” because the U.S. military presence is one of the island’s dominant economic forces, the credit rating agency said in a statement.