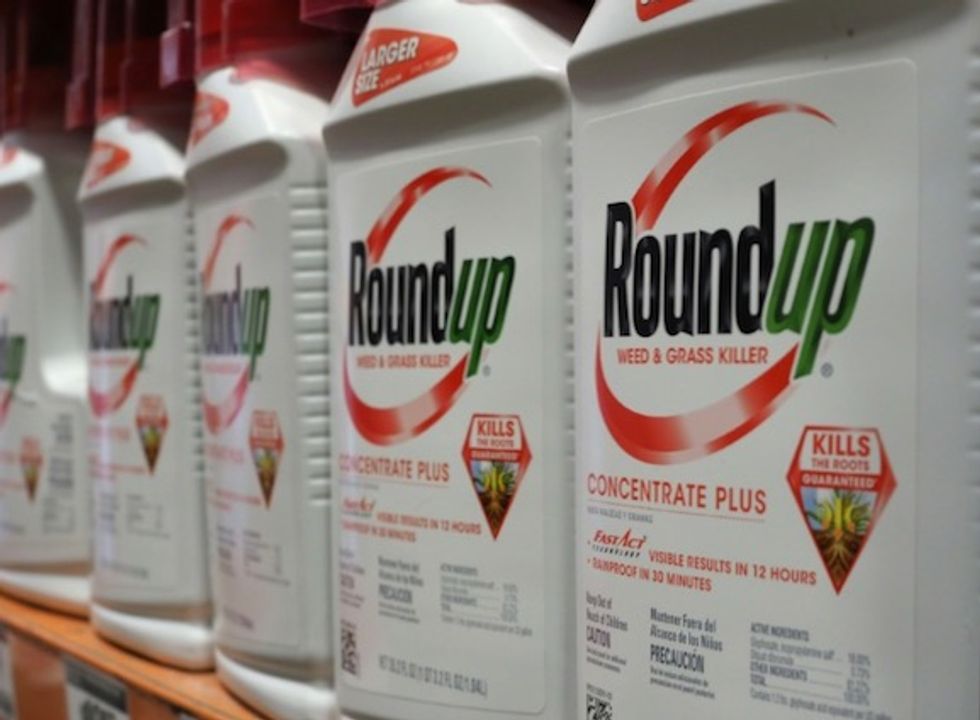 The lawsuit by California resident Edwin Hardeman against the company began on Monday morning in federal rather than state court. The trial is also a test case for a larger litigation. More than 760 of the 9,300 Roundup cases nationwide are consolidated in the federal court in San Francisco that is hearing Hardeman’s case.

Bayer denies all allegations that Roundup or glyphosate cause cancer, saying decades of independent studies have shown the world’s most widely used weed killer to be safe for human use and noting that regulators around the world have approved the product.

During the first phase in the trial, the nine-person jury is asked to weigh scientific evidence to determine whether Roundup caused Hardeman’s cancer.

Aimee Wagstaff, a lawyer for Hardeman, told a packed courtroom during her opening statement on Monday that chemicals in Roundup made the weed killer more toxic than glyphosate alone, causing the man’s cancer.

But U.S. District Judge Vince Chhabria, who presides over the federal litigation, repeatedly scolded her for “crossing the line” by referring to internal corporate communications the judge has said have no bearing on the science in the case.

In a January ruling, Chhabria called evidence by plaintiffs that the company allegedly attempted to influence regulators and manipulate public opinion “a distraction” from the scientific question of whether glyphosate causes cancer.

If the jury determines Roundup caused Hardeman’s cancer, the judge said such evidence could be presented in a second trial phase.

Evidence of corporate misconduct was seen as playing a key role in the finding by a California state court jury in August that Roundup caused another man’s non-Hodgkin’s lymphoma and that Bayer’s Monsanto unit failed to warn consumers about the weed killer’s cancer risks. That jury’s $289 million damages award was later reduced to $78 million.

Hardeman began using the Roundup brand herbicide with glyphosate in the 1980s to control poison oak and weeds on his property and sprayed “large volumes” of the chemical for many years on a regular basis, according to court documents. He was diagnosed with non-Hodgkin’s lymphoma, a cancer of the lymph system, in February 2015 and filed his lawsuit a year later.

But Hardeman has a history of hepatitis C, a risk factor for developing lymphoma. Bayer in court filings also said the majority of non-Hodgkin’s lymphoma incidents are idiopathic, or have no known cause.