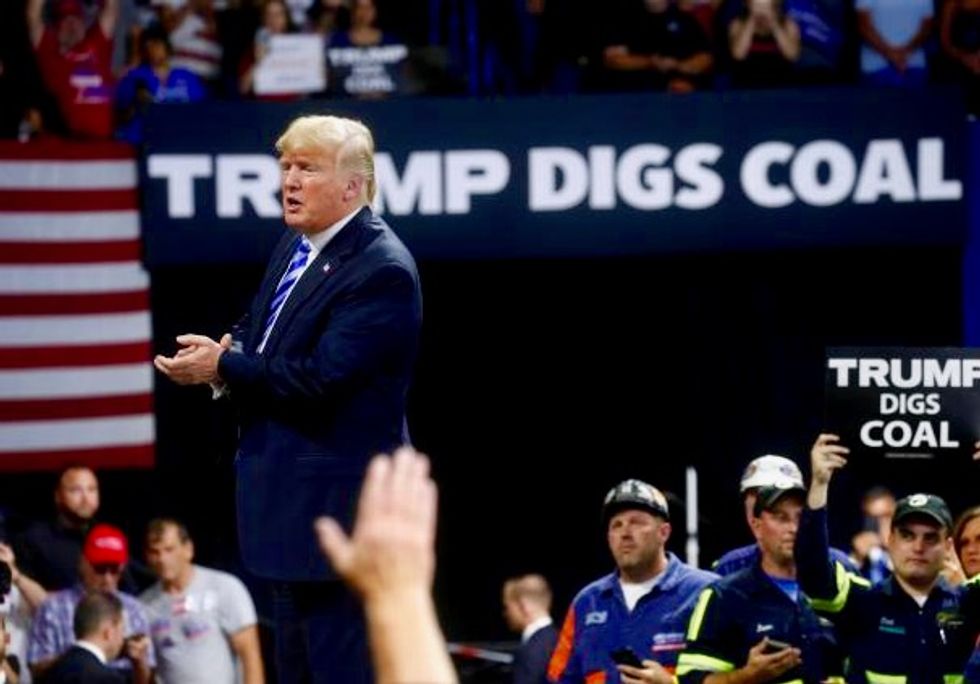 The Tennessee Valley Authority voted on Thursday to close two aging coal-fired power plants, including one supplied by a company led by a major supporter of President Donald Trump, who had urged the U.S.-owned utility to keep it open.

“It is not about coal. This decision is about economics,” said President and Chief Executive Bill Johnson, who is retiring from the TVA. “It’s about keeping rates as low as feasible.”

Ahead of the vote, Johnson had said the plants, which only operated sporadically in recent years, had become too expensive to operate.

The board voted 5-2 to approve the closures. The members who voted to keep them open were both appointed by Trump.

The 870-megawatt Bull Run coal plant in Tennessee will close by December 2023 and the 971-MW Paradise 3 plant in Kentucky will be shut by December 2020. Both are about 50 years old.

Johnson told Reuters in December that TVA will keep cutting carbon emissions in future years after replacing much of its coal-fired fleet with plants run on natural gas, nuclear and renewables.

Paradise 3, which entered service in 1970, was mostly supplied with coal last year by Murray Energy, chaired by Robert Murray, a donor to Trump’s presidential campaign in 2016 and a frequent attendee at events held by the administration.

Early in the Trump presidency, Murray had presented the administration with a wish list of environmental regulations he wanted slashed.

Trump, whose base is partly made up of voters in coal country, has prioritized rolling back environmental regulations and opening up U.S. lands to mining and drilling.

The president had urged the TVA in a message on Twitter on Monday to consider the role of coal in the electric grid before voting.

His administration’s efforts to save coal plants with proposals to subsidize them have not been successful. More U.S. coal plants were shut in Trump’s first two years than were retired in the whole of President Barack Obama’s first term.

On Tuesday, the EIA said it expected coal’s contribution to the U.S. power mix to keep falling in coming years.

Credit-rating agencies Moody’s Investors Service and S&P Global both said the closure of the Kentucky plant was a modest credit risk for Murray Energy at most.

“You can surmise that (the coal produced for Paradise 3) is not a huge amount of their production,” said Benjamin Nelson, senior credit officer at Moody’s.

Nevertheless, the decline of the coal industry has led both agencies to incorporate the closure of plants into their credit ratings for Murray Energy, which currently stand at Caa1 by Moody’s and B- by S&P.

A distressed debt exchange worth $1.7 billion between the company and its bondholders in June 2018 was labeled by Moody’s as a “limited default,” and called “tantamount to default” by S&P. A deal later in the summer to refinance some of the company’s debt, which now stands at $830 million of bonds outstanding, has helped improve the company’s outlook.

Murray Energy did not immediately respond to a request for comment.