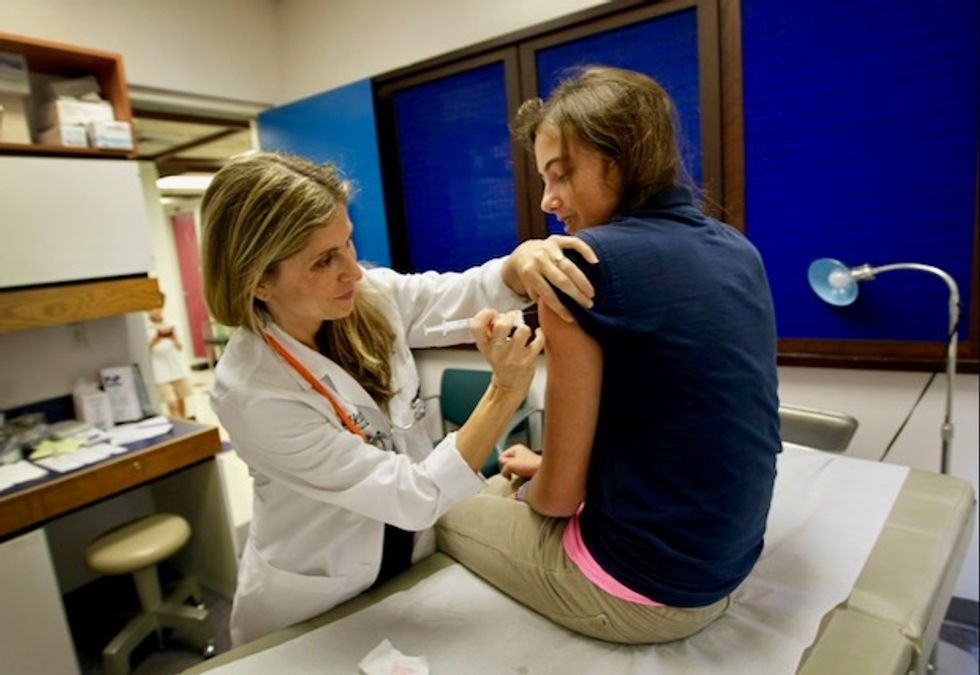 The rapid scale-up of the human papillomavirus (HPV) vaccine could virtually eliminate cervical cancer in a handful of rich countries within three decades, and in most other nations by century's end, researchers said Wednesday.

Without screening and HPV vaccination, more than 44 million women will likely be diagnosed with the disease over the next 50 years, they reported in The Lancet Oncology, a medical journal.

Two thirds of these cases -- and an estimated 15 million deaths -- would occur in low- and medium-income countries.

By contrast, the rapid deployment starting in 2020 of screening and vaccination could prevent more than 13 million cervical cancers by mid-century worldwide, and lower the number of cases to below four-per-100,000 women, the study found.

"This is a potential threshold for considering cervical cancer to be eliminated as a major public health problem," the authors said in a statement.

Earlier this month, the World Health Organization (WHO) reported 570,000 new cases worldwide in 2018, making it the fourth most common cancer for women after breast, colon and lung cancer.

The disease claims the lives of more than 300,000 women every year, mostly in lower income nations.

"Despite the enormity of the problem, our findings suggest that global elimination is within reach," said lead author Karen Canfell, a professor at the Cancer Council New South Wales, in Sydney.

Achieving that goal, however, depends on "both high coverage of HPV vaccination and cervical screening," she added.

Transmitted sexually, HPV is extremely common and includes more than 100 types of virus, at least 14 of them cancer-causing.

The viruses have also been linked to cancers of the anus, vulva, vagina and penis.

It takes 15 to 20 years for cervical cancer to develop in women with normal immune systems. If the immune system is weak or compromised -- by HIV infection, for example -- the cancer can develop far more quickly.

Clinical trials have shown that HPV vaccines are safe and effective against the two HPV strains -- types 16 and 18 -- responsible for 70 percent of cervical cancer cases.

The study's projections presume the vaccination of 80 percent of girls 12 to 15 years old starting in 2020, and that at least 70 percent of women undergo screening twice in their lifetime.

This would push the prevalence of the disease below the bar of 4/100,000 women in countries such as the United States, Canada, Britain and France by 2059, and in mid-income countries such as Brazil and China by 2069, the authors calculate.