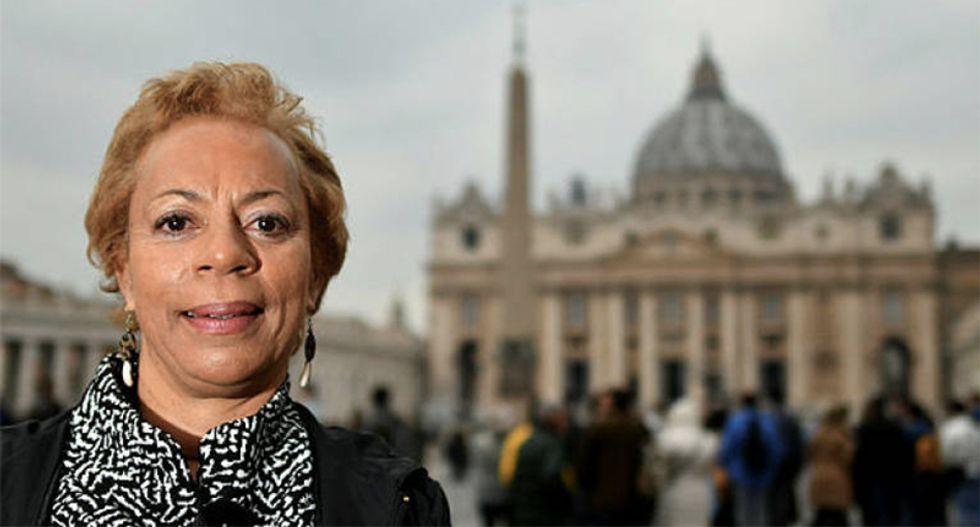 After years of struggling alone or finding support in national groups, survivors of sex abuse by priests have formed a new international alliance to pressure the Catholic Church to face up to its crimes.

The group, called Ending Clerical Abuse (ECA), brings together activists from dozens of countries on several continents, and will be mobilised in Rome this week when Pope Francis hosts a hotly awaited summit on tackling the wave of child sex abuse scandals shaking the Catholic Church.

"It's a momentous and a historic movement... to bring a global and unified voice," one of its co-founders, Peter Saunders, told AFP. "This is the first truly global initiative."

Saunders' personal story is among countless others suffered by people who grouped together to form ECA last June, including survivors from Chile, Poland, Switzerland, France, Italy, the Democratic Republic of Congo and other countries.

"I was abused at seven years old by a family member. I was also sexually abused by two Jesuit priests at my secondary school at about 12 years of age," he said.

The same priest targeted his brother Michael at the same school six years before him, and died aged 55 after a lifelong battle with drug and alcohol abuse.

"I think the Church has been resisting change for many, many years and I think at long last the Church is beginning to bow to the pressure put on by survivors, by our media colleagues around the world, and by public opinion," he added.

The group's objectives include forcing the Church to take a "zero tolerance" approach to paedophilia, working to overturn the statute of limitations on abuse cases, and supporting victims in areas where speaking out remains difficult, such as in various African and Asian countries.

From Wednesday to Sunday, ECA will bring together victims in Rome to put new pressure on Pope Francis, who has spoken out strongly over the last two years about abuse in the Church after a string of scandals worldwide.

But on the ground, survivors say the fight against the culture of secrecy within the Catholic hierarchy and an instinct to cover up abuse cases remains entrenched.

"Either I committed suicide or I spoke out," said a 70-year-old Swiss co-founder of ECA, who gives his name only as Jacques. "It was a long and painful fight."

He said a priest raped him continually when he was aged 14 to 20. After years of therapy, in 2009 he contacted the priest who abused him and attempted to reach closure.

Only after a five-year struggle did senior Church figures "understand the gravity of the acts of their colleague and accept moral responsibility on behalf of the institution," he said.

As he battled for justice, he also learned that the priest had been identified as a possible paedophile even before he was ordained and had been sent to France several times for "treatment".

In 2010, Jacques founded SAPEC, a victims group in French-speaking Switzerland, which led to the creation of a commission to investigate abuse and oversee compensation.

In Poland, ECA co-founder Marek Lisinski, 50, said he had long dreamed of a new international organisation "to show Polish victims that they are not on their own."

He said he was "assaulted for 10 months by a vicar" at age 13 and his search for justice led to a prosecution.

"I was forced to become an adult at age 13," he said angrily.

Over several years he fought dependencies on alcohol and anti-depressants, made three suicide attempts and went through a divorce.

Finally, after nine years of legal proceedings, the vicar was suspended -- but just for three years.

"In 2018, the court ordered him to apologise to me, but did not award damages," he said. "I have never had the apology."

Lisinsky added: "The Church has ignored victims, moves the perpetrators around (from one parish to another) and refuses to meet with us despite the instructions from the pope. Officially it has apologised... but as an institution it has never accepted its responsibility."

In 2013, Lisinsky created the Don't Be Afraid Foundation, which gathered testimony from 700 victims.

He published a shocking map online in October showing among other things all the parishes where abuse had been reported.

"There is barely a day without a victim coming forward to our Foundation. The youngest is a boy of 11," he said.

Chilean activist Jose Andres Murillo, 43, struggled for 20 years before getting a measure of justice.

Also a founding member of ECA, Murillo was instrumental in bringing to light a huge scandal in Chile that led to 88-year-old priest Fernando Karadima being defrocked and prosecuted.

He said ECA needs to act "to create secure spaces within the Church", safe from abuse.

"Faith is something positive for a lot of people, which helps them get through difficult moments, but that does not give the Church the right to create trauma in people's lives," he said.